Lawsuits were filed against three California health care providers on grounds they used failed Ebola drug Remdesivir on patients without obtaining informed consent, resulting in the wrongful deaths of several patients, as claimed by two attorneys.

“Attorneys Dan Watkins and Michael Hamilton announced in a national Press Conference on September 7 the filing of their first-in-the-nation landmark lawsuit against three hospitals on behalf of families who had lost their loved ones with the “bounties” paid to hospitals for using the toxic combination of food and fluid restriction, remdesivir, mechanical ventilation, high dose morphine-midazolam respiration-suppressing cocktail to spiral patients down the dark road to death,” according to the news release.

The hospital’s administration, physicians, and nurses are being sued for wrongful death, medical battery, elder abuse, and other violations of patients’ rights.

The two attorneys discussed the complaint at the event “Remdesivir Death: Landmark Lawsuit.”

They were joined by medical experts such as Dr. Peter McCullough, Dr. Bryan Ardis, Dr. Angie Farella, and Dr. Janci Linsay, all of whom have voiced their opposition to the use of remdesivir, according to Epoch Times.

“There are several healthcare providers, and individuals associated with the care that are also going to be named in lawsuits that have not been yet, and we’re doing that to make sure they’re held accountable for what they did,” said Attorneys Dan Watkins.

According to Watkins, the lawsuit is based on two basic concepts, medical deception and unconsented medical care.

Watch the video below:

“Truth for Health Foundation has pledged financial support for this lawsuit as one of our human rights defense efforts to serve the public good by helping protect public safety, defend patient rights, and defend life. Both Attorney Watkins and Attorney Hamilton have been engaged by Truth for Health Foundation to assist on several legal initiatives to help defend human and civil rights secured by law.

You can watch the full event below: 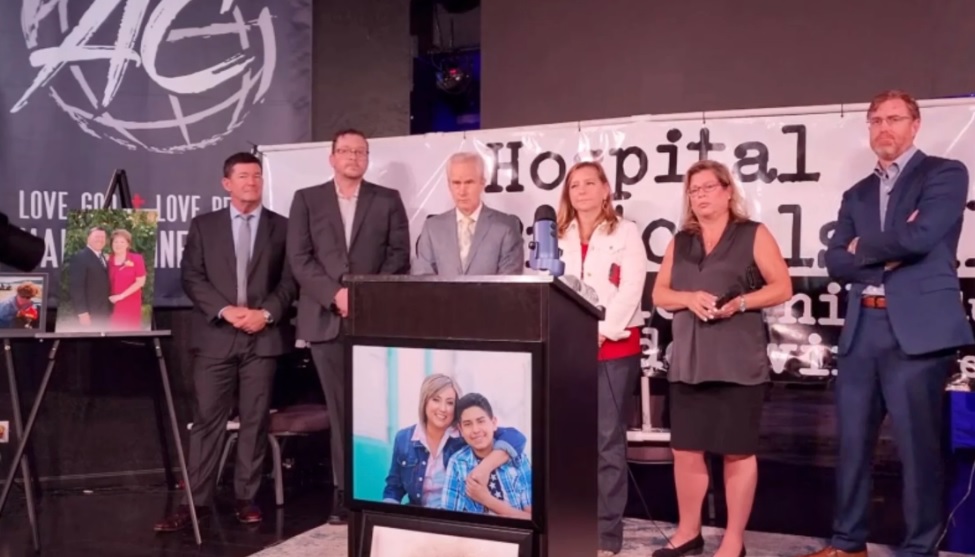 PrevPreviousSomething has Changed in the Blood of the Deceased Since May 2021 Around the Time the Vaccines Were Introduced
NextSudden Deaths of Athletes Explodes, Shocking Report Reveals Jaw-Dropping NumbersNext