A top Israeli immunologist, Ehud Qimron who leads Tel Aviv University’s Department of Microbiology, has gone on the record in a candid message to the Israeli Ministry of Health: it’s time to call out what a growing number of experts inherently already know—the complete eradication of the SARS-CoV-2 pathogen via mass vaccination has failed in Israel. “With booster after booster planned now, what else would the outcome be with an ever-mutating pathogen?”.

The gist of his message is this:

“You have screwed up big time in the handling of the pandemic. You should admit it and stop the insane policies and the censorship and intimidation tactics. Now.”

Vindication!
It is nice to see “mainstream experts” now recognizing what was obvious to most all of us by May 2021.

Here’s the 287 page article I wrote on May 25, 2021 and published TrialSiteNews. It took me only 3 weeks, from when I first noticed that people were getting sicker than the government claimed, to write that article.

Not a single mainstream scientist agreed with me at that time. My entire 13-member scientific advisory board for the COVID-19 Early Treatment Fund (CETF) quit within a week of the publication of that article. None of them would cite anything wrong with the article. None of them would engage in any discussion. They simply said I was wrong, I was a bad person, and that I should never speak to them ever again.

Everyone is entitled to their opinion. The author of that hit piece, Cat Ferguson, had an agenda to defame me from the outset. She refused to evaluate any of the evidence I gave her that supported my position (including papers published in the peer-reviewed scientific literature), just like the scientists on my Advisory Board. Nobody wanted to engage in a scientific debate on the evidence; evidence that was crystal clear that the vaccines were a disaster. Nobody wanted to admit the truth that I was absolute right about the efficacy of early treatment and the failure of the vaccines. So their only option left was to defame and deplatform me.

The wheels are starting to come off the bus
Now, more than 6 months later, it is good to see that mainstream scientists are finally acknowledging that we were right all along.

We still have a long ways to go, but this is a good start. The wheels are starting to come off the bus. 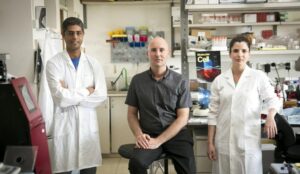