The Detection of Even a Single Case of Live Foot-And-Mouth Virus in Australia Would Trigger a c0vid-Like Official Response, Including Contact Tracing, Lockdowns and Interstate Border Closures for Livestock and Potentially Even People

The Detection of Even a Single Case of Live Foot-And-Mouth Virus in Australia Would Trigger a c0vid-Like Official Response, Including Contact Tracing, Lockdowns and Interstate Border Closures for Livestock and Potentially Even People

The Detection of Even a Single Case of Live Foot-And-Mouth Virus in Australia Would Trigger a c0vid-Like Official Response, Including Contact Tracing, Lockdowns, and Interstate Border Closures for Livestock and Potentially Even People

“The detection of even a single case of live foot-and-mouth virus in Australia would trigger a COVID-like official response, including contact tracing, lockdowns and interstate border closures for livestock and potentially even people.” 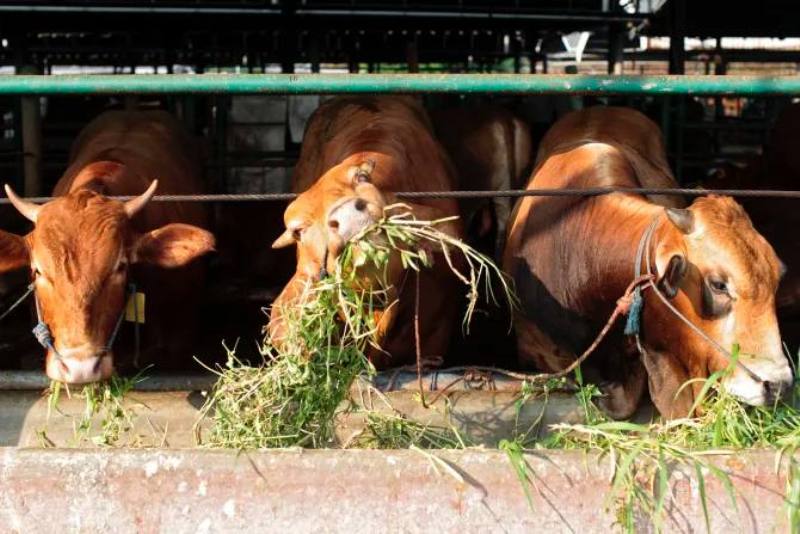 The detection of even a single case of live foot-and-mouth virus in Australia would trigger a COVID-like official response, including contact tracing, lockdowns and interstate border closures for livestock and potentially even people.

It was best practice to discard shoes that had been worn in a foot-and-mouth region before returning to Australia, Parker said, adding that cleaning footwear with soap and water would “significantly” mitigate the risk.

Under the nationally agreed response for a foot-and-mouth outbreak, all livestock transport would come to an immediate stop for at least 72 hours and potentially much longer until the source was found.

Existing trade deals require a halt of Australian red meat exports if the virus were detected in the country. The government has calculated the cost of a trade ban would be greater than the cost of eradicating the disease, and sick and at-risk livestock would be culled in a bid to restore Australia’s disease-free status as soon as possible.

CSIRO veterinary expert Phoebe Readford said the response to an outbreak in Australia would be similar to managing COVID-19.

Local containment measures would seek to avoid the situation that occurred in Indonesia, where the virus was widespread by the time it was detected, Readford said.

“You’ve now got large numbers of animals that are infected. That’s going to pose a challenge for any country in getting the disease under control,” she said.

Depending on how far any infection spread, livestock transport would be halted across the country, interstate or within a region until it was eradicated. This could leave animals stranded and disrupt Australia’s finely tuned meat supply chains, creating shortages on supermarket shelves.

Federal Agriculture Minister Murray Watt confirmed he was not planning to close the border with Indonesia, a decision supported by opposition agriculture spokesman David Littleproud.

Littleproud has criticised the government for failing to introduce tougher biosecurity controls at the border, saying it was “now beholden on the government to explain why they don’t take further
measures around borders. And if not, when does that kick in?”

However, the Nationals leader conceded it was “not yet” necessary to close the border to Indonesia.

“We need to have calm … You’ve got to appreciate we are already accepting people from countries that have foot-and-mouth disease like Thailand, Malaysia [and the] Philippines.”

But the Nationals are divided over border controls, with Littleproud’s colleague and former agriculture minister Barnaby Joyce suggesting the border should be shut, echoing a call last week from Nationals Queensland senator Susan McDonald.

When asked if the border to Indonesia should be closed, Joyce said: “If it stops foot and mouth coming in, absolutely.”

Despite the heightened risk of an outbreak, industry leaders are worried the necessary public risk warnings could prompt trading partners to pre-emptively halt Australian meat imports.

Australia’s beef and sheepmeat exports are worth about $27 billion a year and the government has estimated a major outbreak would cost $80 billion.

“The risk profile has changed now the disease is in Bali. It has been in other countries and we’ve seen trace samples of dead virus come here before, but the disease is spreading rapidly in a major tourist destination now,” Blair said.

“We haven’t grasped the impact of this issue on food security yet. It’s not just the potential disruption to local supplies, but also for the people around the world that we supply to.

“The last thing we should do is talk ourselves out of an international market. We should be balanced in assuring all our trade partners that we are a safe supplier and up to the task of managing this risk.”

South-west Victorian dairy farmer Mark Billing said losing a dairy herd would be devastating because they had been bred for specific conditions for generations.

“Our herd has been built up over 40 years of breeding,” he said. “That would be lost overnight.”

Billing said some farmers were considering whether they needed to harvest embryos from their herds to ensure the breeding work they had done over the years was not lost.

Many rural industry representatives such as Australian Farm Institute managing director Richard Heath are wary of any travel bans, which could disrupt trade with international markets that buy more than two-thirds of Australian agricultural products.

“Banning international travel could cause all sorts of geopolitical tensions and impact on our agreement to trade more broadly, and the net impact of that could be negative,” Heath said.

PrevPreviousNew Zealand Jab Injury – Amber Wilson, From Auckland, New Zealand
NextThe Director of the Main Genomics Institute in Australia Had c0vid Immediately After the 4TH Jab and Now Has MyocarditisNext