COVID-19 vaccine manufacturer Pfizer has been accused of hiding behind a veil of secrecy to profiteer during the “worst public health crisis” in over 100 years.

In some of the contracts (some of which were in draft or final form), Pfizer had the power to block countries from donating their COVID-19 vaccines to other countries, unilaterally change delivery schedules if there was a shortage, and demand that public assets be used as collateral.

If there was a dispute, it would be not be decided by a court (a public forum), according to some of the contracts. Instead, they stated, any disagreements would be resolved through private arbitration under New York law.

“The contracts offer a rare glimpse into the power one pharmaceutical corporation has gained to silence governments, throttle supply, shift risk and maximise profits in the worst public health crisis in a century,” Zain Rizvi, the author of the report, said.

“Pfizer’s demands have generated outrage around the world, slowing purchase agreements and even pushing back the delivery schedule of vaccines.”

Some countries signed contracts, waiving “immunity against [Pfizer’s] precautionary seizure of any of [their] assets”, including Brazil, Chile, Colombia and the Dominican Republic.

The Brazilian government was prohibited from making “any public announcement concerning the existence, subject matter or terms of [the] agreement” or commenting about its relationship with Pfizer, unless it had the company’s prior written consent.

Since August, the Australian government has had a “vaccine swap” deal with Singapore and Britain, and it has purchased 1 million Pfizer doses from Poland.

But it is unclear whether the federal government needed to ask permission from Pfizer before it could enter into those deals.

Nor is it clear if the government signed a contract saying that Australia would forfeit its right to rely on sovereign immunity if Pfizer was to make a claim to seize assets (a clause which appeared in contracts with several nations).

The ABC put those questions to the Department of Health.

In an emailed statement, the department said: “The details of the Advance Purchase Agreement (APA) with Pfizer for the purchase of their COVID-19 vaccine are commercial-in-confidence.”

On Wednesday, 70 per cent of Australians aged 16 and older had been fully vaccinated against COVID-19, a key milestone in the federal government’s plan to reopen the country.

Before that, the government was heavily criticised for the slow vaccine rollout and the decision from the Health Minister’s office to not meet with Pfizer’s executives until August 4, months after it was first approached by the company.

Documents released under Freedom of Information laws showed that health department officials did not want to sign a confidentiality agreement before they met with Pfizer representatives because it was “not usual practice”.

There were other reasons for the delayed vaccine uptake, including general vaccine hesitancy and concerns about the AstraZeneca jab and recipients’ extremely rare chance of experiencing a blood clot.

Company will ‘naturally get blamed’

Pfizer has tight control over the supply of its vaccines, even after they are delivered.

For instance, Brazil is not allowed to buy or accept donations of Pfizer doses from another nation without Pfizer’s approval, nor can it sell, donate or transport its vaccines outside the country.

There is a reasonable explanation for that requirement to be included in Pfizer’s contracts, according to the University of Queensland’s biotech and pharmaceutical expert, Trent Munro.

“When pharmaceutical companies release a product, they generally lose control of where it’s stored,” he said.

“But they also need to ensure something doesn’t happen that can impact the potency of the product.

“If, for example, the vaccine gets spoiled or doesn’t work properly, liability will come back to the company. They’d naturally get blamed even if they’re not in control of distribution.”

Even when a country has ordered Pfizer’s vaccines and is waiting for them to arrive, the company has the power to change the vaccine delivery schedule, without consulting the country or suffering a penalty. That term appears in its contracts with Albania, Brazil and Colombia.

The contracts that Brazil, Chile, Colombia and the Dominican Republic signed were wide enough to cover situations where they were unable to rely on sovereign immunity if they breached the agreement and Pfizer wanted to come after their state assets.

Those nations promised to “expressly and irrevocably waive any right of immunity which either it or its assets may have or acquire in the future”.

Public Citizen also said it looked at contracts where governments had to “‘indemnify, defend and hold harmless Pfizer from and against any and all suits, claims, actions, demands, damages, costs and expenses related to vaccine intellectual property”. 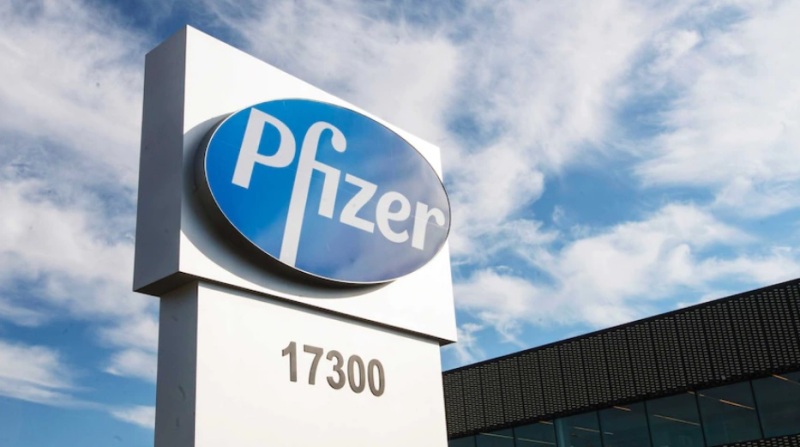 Pfizer has ‘no intention in interfering’ in diplomacy

The ABC asked Pfizer why it imposed conditions which prevented countries like Brazil from accepting or buying vaccines from other countries and why it included clauses allowing the company to seize state assets in contracts.

In a statement, a spokesperson said Pfizer was “committed to the principle of equity and broad vaccine access in order to combat this devastating pandemic”.

“Pfizer has a deep sense of responsibility to help ensure that our vaccine is made available to all,” the statement said.

“As the pandemic has evolved, Pfizer has continued to partner with governments to ensure equitable allocation of doses, and responded to requests for equitable distribution of those doses.

“This has occurred through donations and dose sharing agreements in multiple countries, including with Australia, New Zealand and its Pacific neighbours.

“In the context of bilateral negotiations, Pfizer has no intention of interfering with any country’s diplomatic, military, or culturally significant assets, and any suggestion to the contrary is untrue.

“Our focus continues to be helping countries find solutions which give both sides the comfort that an appropriate balance of risks between the parties has been attained.”

The company said that indemnification clauses were common when supplying vaccines during public health emergencies.

“We seek the same kind of indemnity and liability protections in all of the countries that have asked to purchase our vaccine, consistent with the local applicable laws to create the appropriate risk protection for all involved,” the statement said.

“In markets that do not have the legal or legislative protections that are available in the United States, we work with governments to find mutually agreeable solutions, including contractual indemnity clauses.”