Vast Covid-19 quarantine facilities now scattered around Australia sit unused and empty, serving only as lasting monuments to how the virus triggered politicians into wasting $2billion of taxpayers’ money.

Even when the facilities were still at the blueprint stage, many were saying borders would be re-opened and the need for quarantine would have passed by the time they were built, but state and federal governments – pressured by the ‘just do something’ hysteria that Covid stirred up – pushed on with construction.

Now those same politicians have been left scratching their heads looking for inventive ways to use four enormous new quarantine centres plus the existing facility at Howard Springs near Darwin, in a vain attempt to justify the profligate spending.

Two ideas floated by state officials in Victoria, Queensland and Western Australia include repurposing the expensive white elephants as accommodation for backpackers (despite not being near where those travellers need or want to be) or for locals during natural disasters. 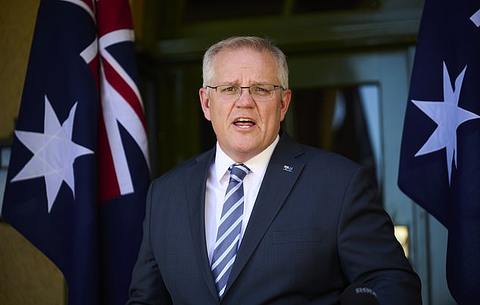 Another suggestion was to keep them for a rainy day, lest another once-in-a-lifetime pandemic should sweep across the globe.

But with most of the population vaccinated and travel restrictions gone, it’s difficult to hide the fact that the so-called ‘centres for national resilience’ were created in the heat of the moment, with elections looming, and to suit a purpose which is now effectively defunct.

They have become garish blights on the outskirts of major cities – sprawling, ugly, and useless.

Former prime minister Scott Morrison’s grand plan was to fund three facilities in an effort to replace hotel quarantine with purpose-built isolation stations – similar to dormant workers’ camp Howard Springs which was used for quarantine during the pandemic.

A $200million facility was announced for Mickleham, north of Melbourne, another centre worth $200million was to go in Bullsbrook, north-east of Perth, and a third would be built in Pinkenba, Brisbane, for a total of $108million.

The Queensland government, despite the federally-funded facility in Brisbane, also made the bizarre decision to built another quarantine hub for about $200million.

However, the actual costs (taking into account operating costs) ballooned out to a whopping $2billion – and for what?

As of July, anyone entering Australia – citizens and foreign nationals – do not need to provide evidence of their vaccination status, isolate for any length of time upon arrival, or test negative for Covid.

Some argue that the Morrison government was only being prudent; that parliamentarians could not possibly have known where the pandemic would be up to by the time the quarantine extravaganzas were built.

However that ignores the fact that many were loudly sounding the alarm at the time of planning and construction that these quarantine centres would be redundant even before they were completed.

To know that only required a glimpse at the government’s own pandemic roadmap which forecast a quick return to open borders after vaccines were widely available, or to have taken heed from other nations that were already re-opening at the time these projects were funded – in June last year. 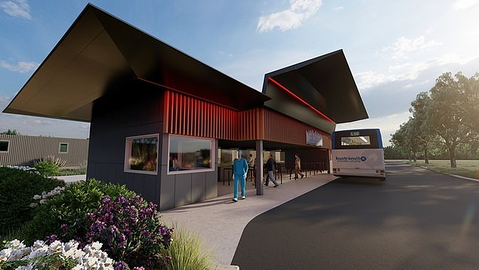 Meanwhile ICU capacity shrunk during the pandemic, with the Medical Journal of Australia warning in November 2021 that there were 8 per cent fewer beds than in March 2020.

Here, Daily Mail Australia takes a look at the real costs of each quarantine facility and whether they’ll even be used post-pandemic.

The federal government paid $580million to provide Victoria with 1000 beds for people in isolation – significantly more than the initial $200million projected price.

At the time of writing, it was the only new Commonwealth-funded facility that was a finished project and not under construction.

Accommodation facilities were scaled down to just to 250 on July 1 due to lack of demand, but will continue being used as a quarantine facility until December 31 – with $120million set aside to meet running costs.

Following that, the state government can choose to extend the life of the centre or repurpose it. 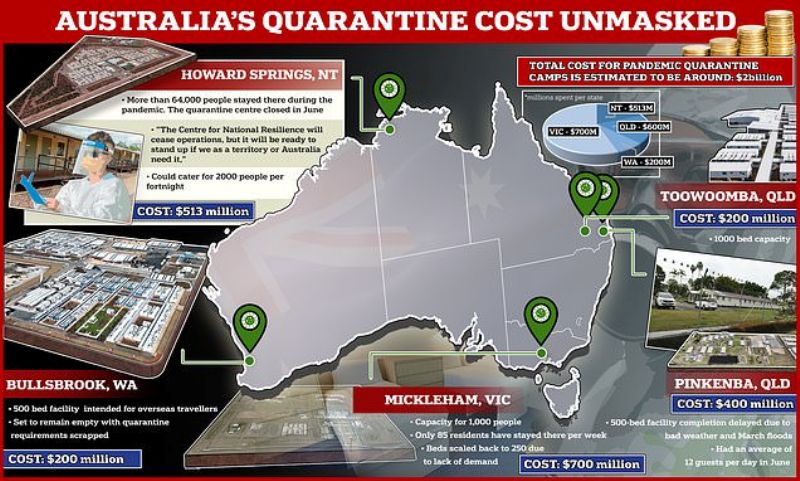 PrevPreviousYet Another Vaxxed Cricketer Suffers a Massive Heart Attack, Yet So Called Medical Experts Claim to Have No Idea What Is Causing All These Heart Attacks, Despite Them All Having The One Thing in Common That Has the Known Side Effects of Fatal Heart Attacks
NextDr. Ryan Cole: ‘Long C0vid,’ Vaxxine Injuries, and How to Know if You Got the Real ShotNext