By Jesse Hyland and Charlotte Karp

Annastacia Palaszczuk has been left red-faced after her government’s costly Wellcamp Covid-19 quarantine hub is set to be scrapped after opening just five months ago.

News of the closure was confirmed by Queensland deputy premier Steven Miles, who revealed the total capital and leasing cost for the facility was a staggering $198.5million at a budget estimates hearing in Brisbane on Tuesday. 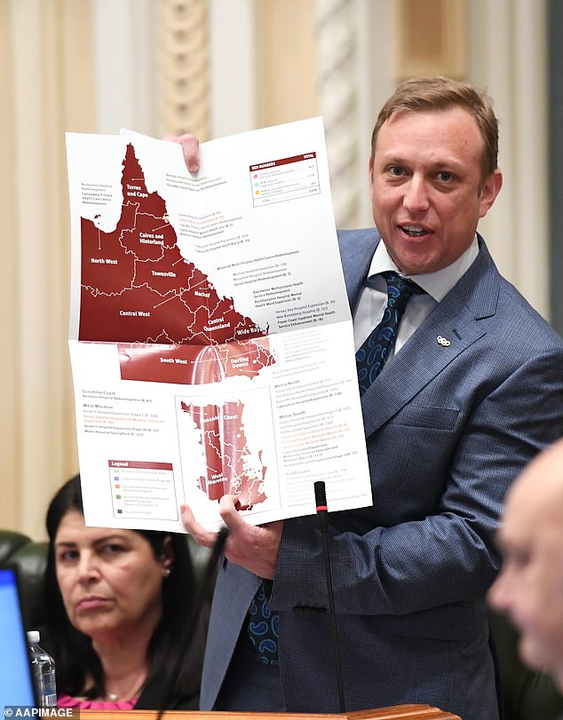 But once the price of catering, cleaning, security and a contract with Aspen Medical was taken into account, the total cost of the facility to the taxpayer jumps to $223.5million.

The hub, which is located 15km from the centre of Toowoomba, will be ‘mothballed’ on August 1 after opening in late February to temporarily house international arrivals into Queensland and Aussies unable to quarantine at home under Covid-19 rules.

‘There is no longer a public health requirement for dedicated, government-provided quarantine and isolation facilities,’ Mr Miles told the hearing.

Ms Palaszczuk’s government had also informed the Commonwealth government that the other quarantine facility being built at Pinkenba in Brisbane’s inner-east was no longer required and will be scrapped.

‘The state government has accepted updated advice from the chief health officer and advised the Australian government we will not require use of its facility nearing completion at Pinkenba,’ Mr Miles said.

The Pinkenba facility on the site of a former military base was announced by the Morrison government after Ms Palaszczuk had first revealed the Wellcamp plan.

The 800-bed quarantine facility near the Brisbane Airport was believed to cost between $350 and $400 million to build.

The Wellcamp facility only housed 700 people in the time since it began operating in February.

It shut in April when the state government ditched quarantine measures for returning travellers and close contacts, which means it was only used for 65 days in total.

The cost and operation of the hub cost $223.5million, with deputy premier Steven Miles telling the hearing on Tuesday that the total capital and leasing cost was $198.5million.

There was $9million also spent on a contract with Compass Group for catering, cleaning and security services.

A further $16million was splashed on a contract with Aspen Medical to provide on-site health services to those staying at the facility.

In a statement, the Queensland government said the facility would be placed under ‘care and maintenance’.

The government will consider using the centre for ‘other uses’ in the future. 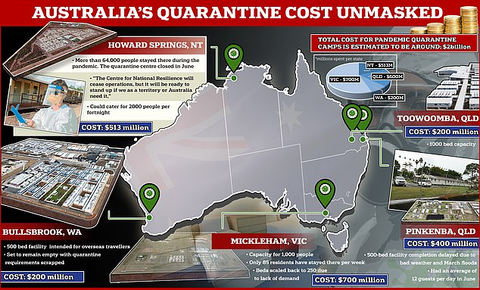 PrevPreviousTaxpayers Have Forked Out Over $220,000,000 for the Wellcamp c0vid-19 Quarantine Facility in Queensland
NextThe Only Reason the C0vid Narrative on the Current Vaxxines Is in Retreat is Because Pfizer and Moderna Are About to Release Brand New C0vid Omicron-Specific mRNA Vaxxines in a Few Months That Are Being Sold as a “Boosters”Next