Pfizer somehow miscounted — or publicly misreported, or both — the number of deaths in one of the most important clinical trials in the history of medicine.

On July 28, Pfizer and its partner BioNTech posted a six-month data update from their key COVID vaccine clinical trial, the one that led regulators worldwide to okay the shot.

At a time when questions about vaccine effectiveness were rising, the report received worldwide attention. Pfizer said the vaccine’s efficacy remained relatively strong, at 84% after six months.

These were not just COVID deaths. In fact, they were mostly not from COVID. Only three of the people in the trial died of COVID-related illnesses — one who received the vaccine, and two who received the saline shot. The other deaths were from other illnesses and diseases, mostly cardiovascular.

Researchers call this datapoint “all-cause mortality.” Pfizer barely mentioned it, stuffing the details of the deaths in an appendix to the report.

But all-cause mortality is arguably the MOST important measure for any drug or vaccine — especially one meant to be given prophylactically to large numbers of healthy people, as vaccines are.

Although the researchers released their update in July, the data was already more than four months old. They had stopped collecting information about deaths as of March 13, the “data cut-off.”

But even at the time, their figures were somewhat troubling.

Further, nine vaccine recipients had died from cardiovascular events such as heart attacks or strokes, compared to six placebo recipients who died of those causes. The imbalance was small but notable, considering that regulators worldwide had found that the Pfizer and Moderna mRNA vaccines were linked to heart inflammation in young men.

(I reported accurately on this study on Twitter on July 29, and the next day Twitter suspended me for a week for doing so, the fourth of my five defamatory “strikes” for COVID “misinformation.”)

At best, the results suggested that the Pfizer/BioNTech vaccine — now pushed on nearly a billion people worldwide at a cost of tens of billions of dollars and ruinous and worsening civil liberties restrictions — did nothing to reduce overall deaths.

Worse, Pfizer and BioNTech had vaccinated almost all the placebo recipients in the trial shortly after the FDA okayed the vaccine for emergency use on Dec. 11, 2020.

As a result, they had destroyed our best chance to compare the long-term health of a large number of vaccine recipients with a scientifically balanced group of people who had not received the drug. The July 28 report appeared to be the last clean safety data update we would ever have.

But now the FDA has given us one more.

On Nov. 8, the agency released its “Summary Basis for Regulatory Action,” a 30-page note explaining why on Aug. 23 it granted full approval to Pfizer’s vaccine, replacing the emergency authorization from December 2020.

And buried on page 23 of the report is this stunning sentence:

Pfizer said publicly in July it had found 15 deaths among vaccine recipients by mid-March. But it told the FDA there were 21 — at the same data cutoff end date, March 13.

The placebo figure in the trial was also wrong. Pfizer had 17 deaths among placebo recipients — not 14. Nine extra deaths overall, six among vaccine recipients.

Could the discrepancy result from some odd data lag? Maybe, but the FDA briefing book also contains the number of COVID cases that Pfizer found in vaccine recipients in the trial. Those figures are EXACTLY the same as those Pfizer posted publicly in July.

Yet the death counts were different.

Pfizer somehow miscounted — or publicly misreported, or both — the number of deaths in one of the most important clinical trials in the history of medicine.

And the FDA’s figures paint a notably more worrisome picture of the vaccine than the public July numbers. Though the absolute numbers are small, overall deaths were 24% higher among vaccine recipients.

The update also shows that 19 vaccine recipients died between November and March, compared to 13 placebo recipients — a difference of almost 50%.

Were the extra deaths cardiac-related? It is impossible to know. The FDA did not report any additional details of the deaths, saying only that none “were considered related to vaccination.”

But with tens of thousands of post-vaccine deaths now reported in the U.S. and Europe — and overall non-COVID death rates now running well above normal in many countries — a fresh look at that vague reassurance cannot happen soon enough. 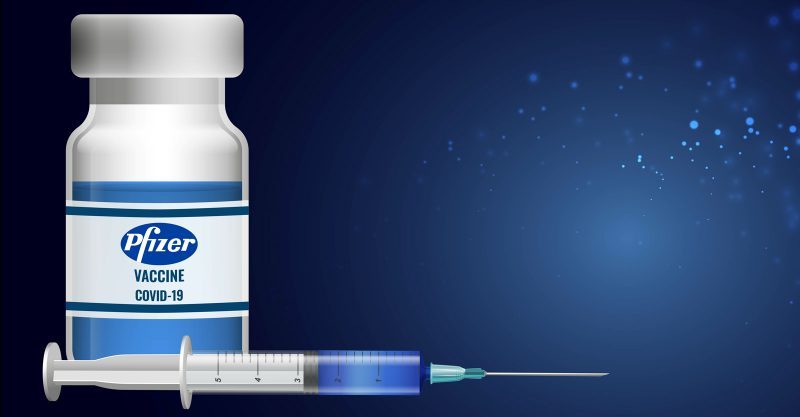