This is from Faiths mum Tania who until getting her second Pfizer shot was a very active 16 year old girl. Now she struggles to get out of bed each day.
Just to add there has been times when she has barely been able to eat and drink because of her abdominal pains. She is experiencing severe Uticaria. She has had to wait up to 11 hours in the emergency department at times. The doctor said it is better than getting COVID.
“This is my daughter Faith.
Earlier this year (she’s 16) but 10 weeks ago she had her second Pfizer jab and within a week she had excruciating abdominal pain and hospital stays , I asked and asked about the injections and was told it couldn’t be that , she even had her appendix out! Still no better.
We are now 10 weeks on and she hasn’t been able to go to school and her work this whole time. She has always been very active.
They finally admitted last week that it was the jab.
They say this could last weeks or months……..they just don’t know.
This may mean she will not get clearance for a job she planned to do.
This is very tough for a 16 year old to deal with.”
Wishing you a speedy recovery Faith and thanks for sharing your story. 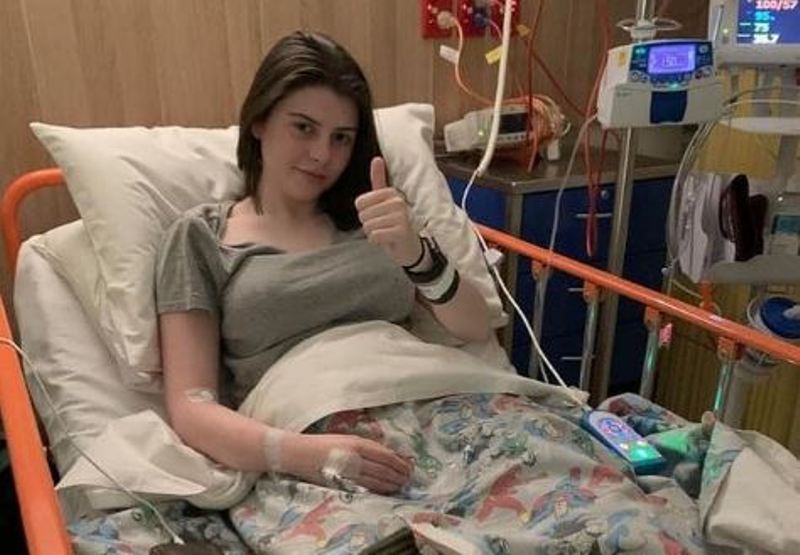 kobyabberton
They taking organs over lies.

micklewis
Can these doctors be named and shamed.

sylvanas
Get all of these poor victims together and build a class-action lawsuit! Enough is enough!

samcatlegs
The doctor said it’s better than getting covid, but if she had covid she would have been treated straight away!

kezgee11
Better than getting Covid? What a load of sh*t.

gypsywandering_
I worked for a company years ago where a new owner took over and brought in a no jab no job policy. I spent a good 2 years in bed unable to walk after those shots. NEVER AGAIN! Can relate, and sending a speedy recovery.

mariavierros
Wow! That’s devastating…. I hope she gets better. I can’t believe the doctor said that.

kyleboddan
At 16 she would probably not even know she got covid. This is rediculous. This whole thing has turned into a religion and no longer about science.

trust_is_rust
This is what I worry about. My daughter has a job lined up but can’t start until she has the 2. I worry she will never start and doctors will dismiss side effects exactly like in this story and in many others.