It’s like rolling the dice for what you get in your vial. Both the FDA and EMA knew this but kept this out of the public view because if it were known, nobody would take the vaccines.

One of my readers has been trying to get my attention for 8 months on the EMA data leak that happened nearly 2 years ago.

He recently posted this substack article documenting his attempts to get visibility on what the EMA document leak revealed.

The gem in the article is this video which was posted 18 months ago that few people have seen. The video is just 14 minutes long and is very well done. The findings are all consistent with what I and others have long suspected: the vials are all different.

The key finding is the reason they won’t let anyone analyze the vials: mRNA is not intact. The BMJ wrote about this on March 10, 2021 [my comments are in brackets]:

In general, the BMJ wasn’t happy about anything they heard from the regulators. They were basically stonewalled in their requests.

The fact that it’s illegal for anyone to analyze the vials (they are government property) doesn’t help inspire confidence at all.

Even if you are getting 100% intact mRNA which would be really rare, you’re still not getting anything that resembles the virus. So the efficacy as far as PROTECTING you will be next to nothing. However, what it will do very effectively, if you got reasonably intact mRNA, is to cause you significant harm. You are playing a game of chance with your immune system and what is in the bottle.

The video highlights some of the things we learned from the EMA data breach:

This video summarizing the leaked EMA documents constitutes yet more evidence that the vaccines confer no benefits, only risk.

However, like everything else, it will be ignored by the authorities.

However, this is important information for the public to know about how they are being manipulated into taking a useless vaccine.

NOBODY is calling for any quality control here.

Have you ever seen a study where the authors collect vials randomly and sequence them? It’s not going to happen. Not in my lifetime. 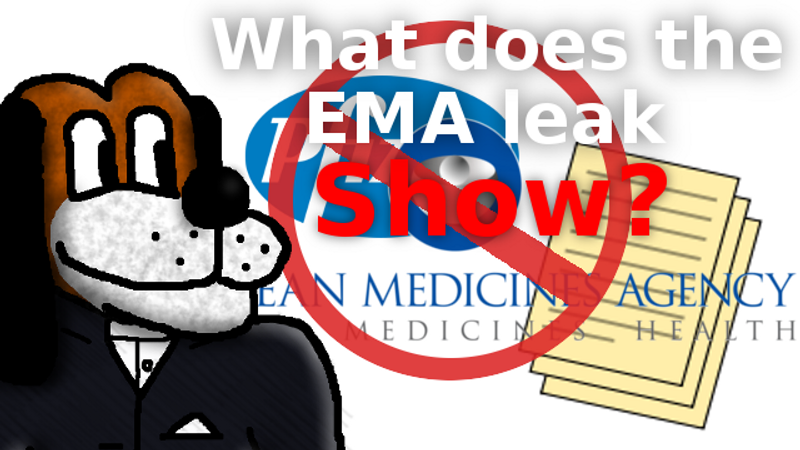