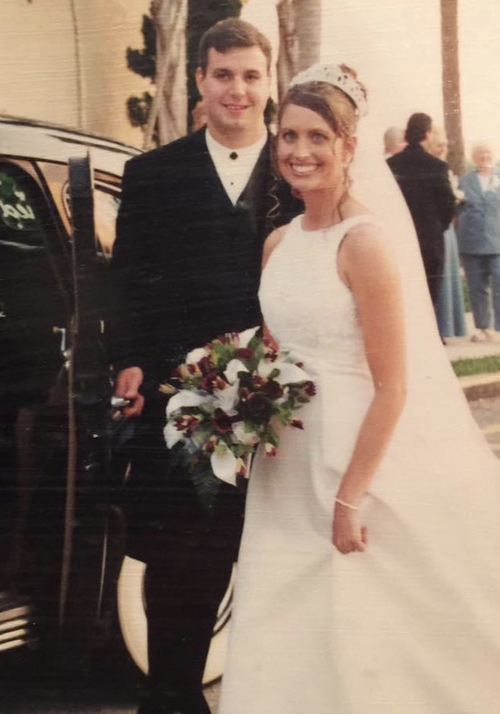 Michelle was diagnosed with Multiple Sclerosis (MS) in November 2018 at forty-five years old. As if this wasn’t hard enough, just six months later, she received the horrible news she had breast cancer that had spread to her lymph nodes.

For the past two years, she has endured multiple surgeries including the removal of twenty-two lymph nodes, a double mastectomy, reconstruction, and most recently a full hysterectomy.

At the beginning of April 2021, Michelle decides to go ahead and get her vaccination because of her compromised immune system. This should have been a walk in the park after what she had endured. However, Michelle awoke the next day with excruciating pain throughout her body as her limbs began to lose feeling, and she could no longer walk. She was rushed to the emergency room and has been in ICU ever since.

The diagnosis of Guillain-Barré syndrome was mentioned almost immediately, with others rubbing they head as they watched Michelle deteriorate before their eyes. As the paralysis spread, Michelle was intubated and one of her lungs collapsed. Two weeks later, she then had a feeding tube inserted, and a tracheotomy was performed.

As doctor’s continue to scramble to keep Michelle alive, her husband of twenty-one years Ron has not left her side. The effects on their three children is beyond heart-wrenching. Ron has had a hip replacement in the middle of all Michelle’s cancer treatments.

Guillain-Barré syndrome is a horrific illness in which the immune system attacks the nervous system. The recovery period can be months to several years, leaving a devastating mark. The party to recovery almost unbearable.

Michelle has always been there ready to lend a hand, to listen, or to hug you when you need it the most. Her laughter is contagious. She has always been a brave warrior as she faced this never ending battle for her life. She has always kept a positive attitude and decided to openly share her experience with others in the hope anyone who could benefit from it would be reached by her story. We truly believe this is what kept her going.

We have decided to gather all the people that love her and share her story now that she is unable to do so. She will not give up.