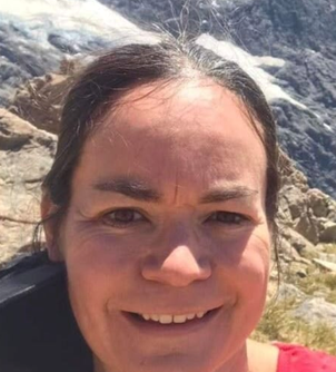 This is my story. I am a health professional. I don’t mind comments and willing to help but don’t want to get caught up in arguments or heated debate.

What we need is support and answers and the right medical advice so we can make the best medical decisions for us — even though there may be huge consequences.

I had my first jab on August 29th 2021. Almost immediately I experienced enlarged veins in my wrist and tingling down my left arm. My arm felt heavy. About five hours later, I was watching TV and started experiencing chest tightness and discomfort. It wasn’t pain at that stage. Just tightness and pressure.

I changed my top thinking my clothes might be too tight. No pain at injection site but the arm numbness continued. The chest pain/discomfort lasted five days than went away. I don’t go to the doctor. I still had a heavy achy arm. I noticed other areas of my body became inflamed.

I developed a raised blistered rash on my head. I went to the doctor and was told it was psoriasis, which I’ve never had before. A week later, the chest pain came back randomly when lying in bed at night at about two in the morning on November 13th 2021. It was a stabbing pain in the left side of my chest. I had to sit up as the pain was worse lying down. By morning, it was gone but came on again the next day while driving — same stabbing pain and continued a few hours in the same spot.

That night, I took myself to an after hours practice and they did an ECG, which they said was normal. The Doctor said that the pain was probably because I was lopsided and to take Panadol. Apparently I’ve been lopsided all my life (one breast bigger than the other). It didn’t sound right! The pain continued for two more days and then stopped but the arm pain continued for three weeks. I then had chest pain on and off that was always in the same spot — sometimes aching of a sore pressure and feeling like someone pushing a rock into my chest. Sometimes sharp and stabbing.

Last night the pain came on again while lying in bed but got worse and spread to my left front neck/jaw area and left shoulder.

I felt dizzy, like I was going to pass out, and nausea. I wasn’t anxious. I was just lying in bed relaxing when the pain started but the spreading pain and dizziness stressed me out so I drove myself to the after hours doctor’s. I was seen immediately for repeat ECG, bloods, and echocardiogram. Tests mostly normal but echogram was mostly normal but showed possible inflammation and mild pericarditis.

I was told it was safe to have another and to take anti-inflammation medication for a few days but nothing serious. I am worried though as I haven’t had this before. I guess I have to have it as I’m a health professional and will lose my job if I don’t get the second.

Interestingly, the nurse that saw me first before the doctor said before I had the tests that they were seeing large amounts of people with the same symptoms post jab and the tests will all likely come back normal. However, it may be a reaction to the vaccine or a side effect and it’s important to know what’s happening.

PrevPreviousANR Founder Says,” Calls For A 5th Booster, Not Just A 4th One, Are Absurd And Deadly
NextMore Vaxxines, More Infections: Scotland Has 50% Higher Infection Rate Than England Despite Being More Highly Vaxxinated, Data ShowNext