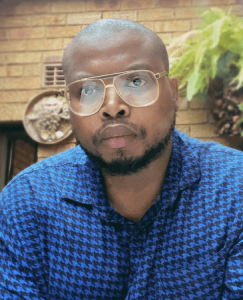 DJ Dimplez, whose real name is Tumi Mooi, is the founder of Pop Bottles Entertainment, a talent and event branding agency. He was also a very influential presence in South African hip-hop. DJ Dimplez won three South African Hip Hop Awards in 2013, including DJ of the Year. He won the award again in 2014. DJ Dimplez was also a social media influencer, with over 471,000 Twitter followers and 143,000 Instagram followers.

DJ Dimplez received his first injection on July 21, according to his Instagram page. It’s unclear which injection he received. But several Twitter threads with his friends and fans suggest that it was Pfizer. At least one person in the IG thread did not approve of his decision. Another told the tired “is your 5G improved yet” joke, prompting a laugh out loud emoji from Dimplez. 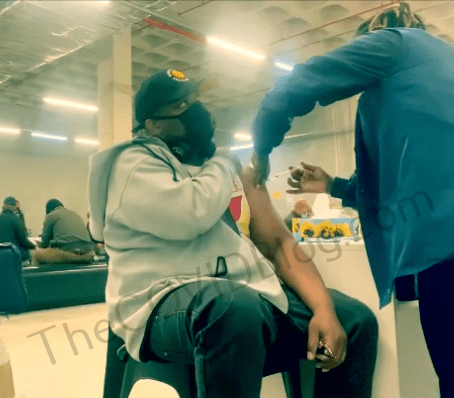 He received his second injection on September 13, according to his Twitter page. 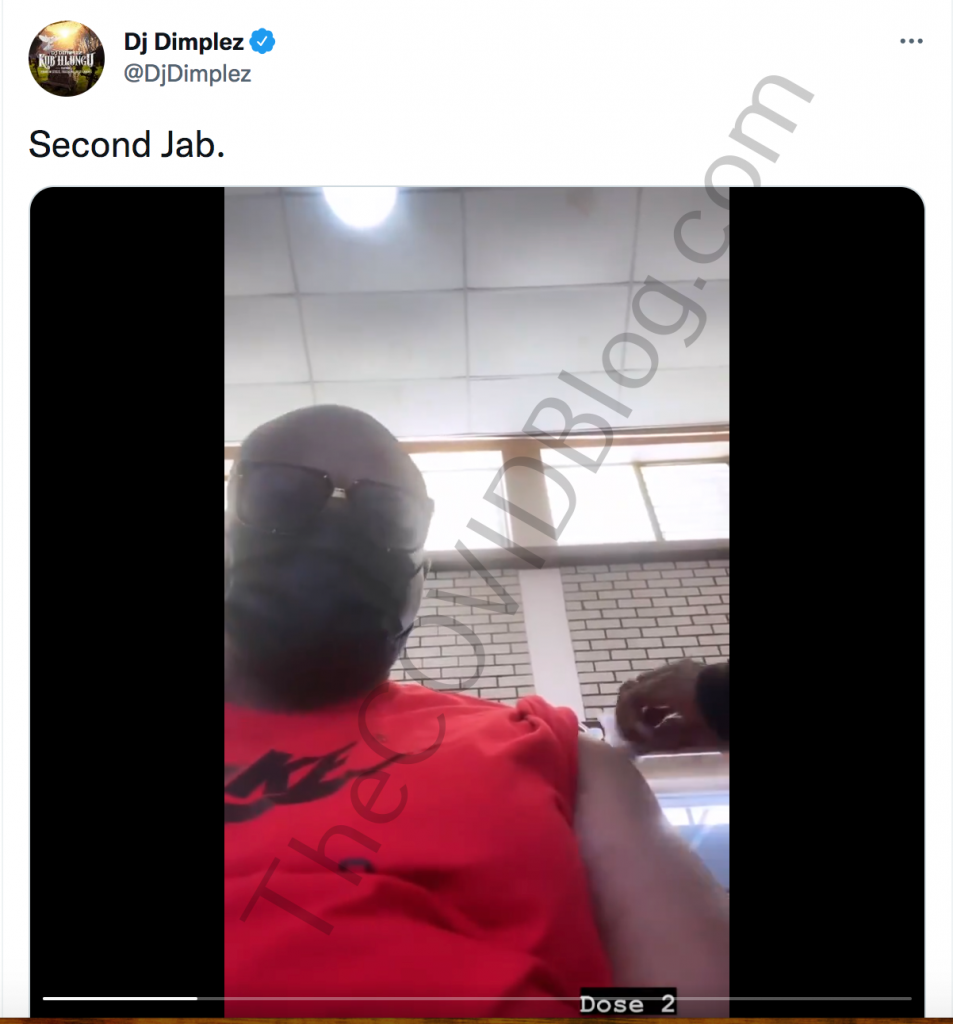 A DJ named Karabo Ted tweeted that Dimplez was performing a gig at a restaurant called Moagi Wings on March 5. “[Dimplez] cried and no one was allowed to be close by,” Karabo Ted wrote. “Now today he’s no more. Weirdest thing I’ve witnessed in my life!! WOW MAN!!” 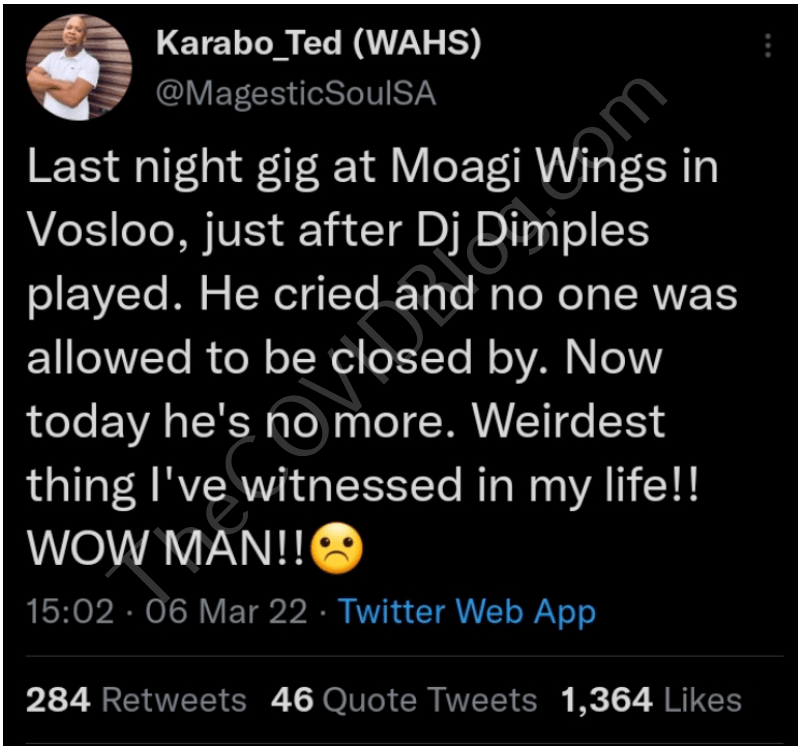 Another witness on Facebook said he “just collapsed” on stage and was rushed to the hospital. 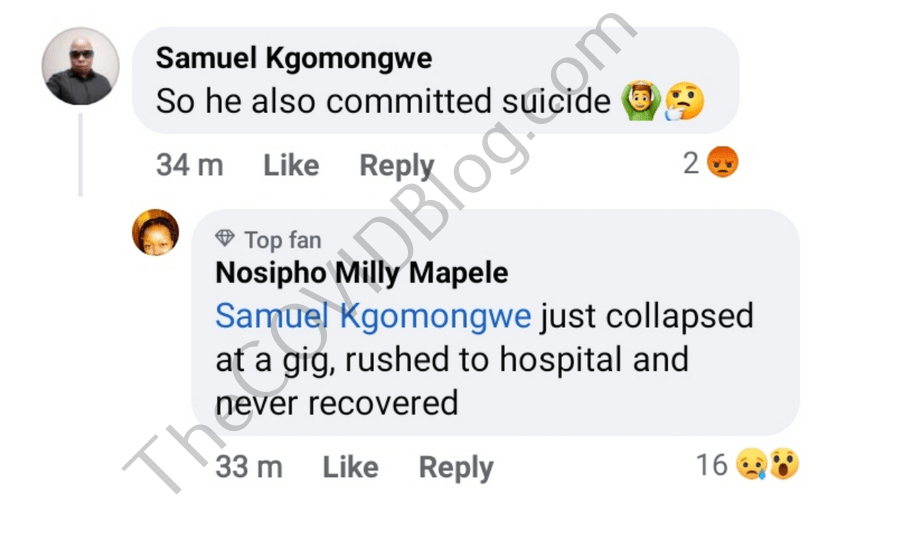 Buzz Life News reported that he collapsed in his home the morning of March 6. 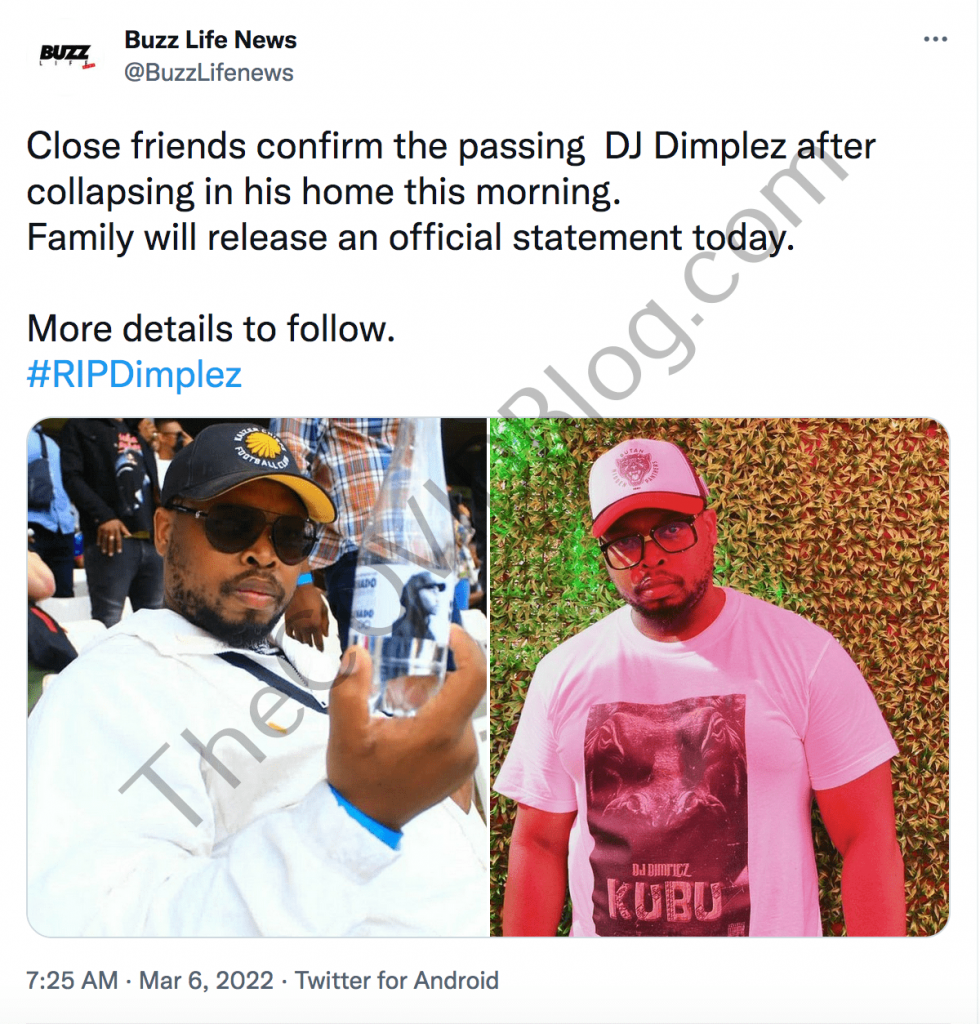 The Mooi family announced the next day that DJ Dimplez suffered a “sudden brain hemorrhage,” meaning a stroke. He passed away that morning. 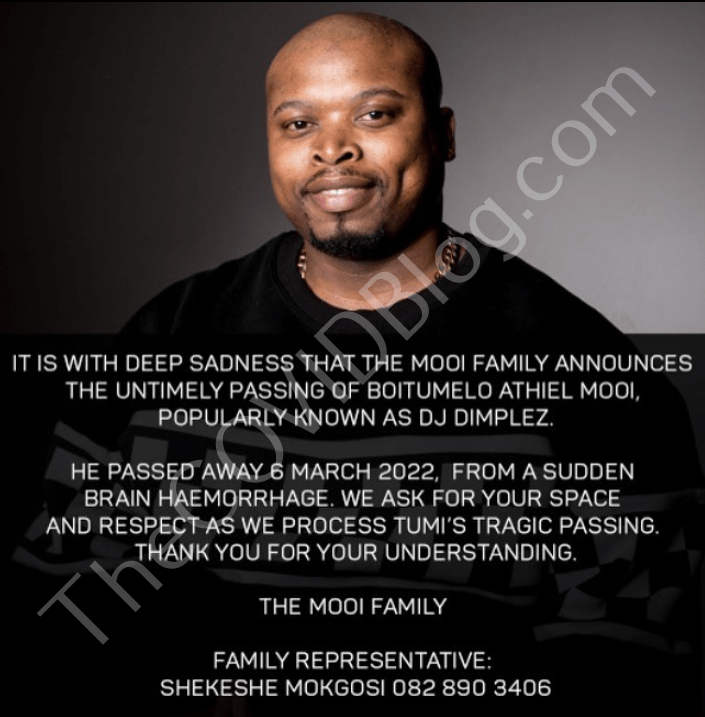 His funeral was livestreamed on March 11.