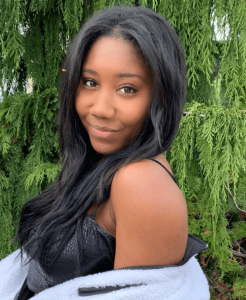 EVANSTON, ILLINOIS — A 19-year-old journalism student is dead, in yet another gut-wrenching case of a promising young life extinguished by the global COVID-19 agenda.

Ms. Simone Scott received her first dose of Moderna experimental mRNA on April 3, according to reporter and author Alex Berenson. The adverse effects were immediate. Ms. Scott suffered a chronic cough and fatigue for the remainder of April. But Simone and Ms. Valerie Kraimer, her mother, chalked it up as “normal,” believing the shot “was working” as many others do. Thus Ms. Scott was not deterred.

She received her second dose of experimental Moderna mRNA on May 1. Ms. Scott surprised her mom by traveling from the Chicago area to their Cincinnati area home for Mother’s Day, May 9. Ms. Kraimer immediately noticed that her daughter seemed lethargic. Simone told her mother that she’d also experienced spontaneous nose bleeds. Ms. Kraimer urged her daughter to see a doctor upon her return to Evanston.

Simone’s first visit to Northwestern Student Health was a virtual appointment on May 12. They told her it was likely allergies. Ms. Scott physically went to Northwestern Student health the next day. They, of course, tested her for COVID-19. It came back negative. Doctors also noticed an irregular heartbeat. But she was discharged and told to call the emergency room if the situation worsened. It did.

Ms. Scott returned to the clinic again on Friday, May 14. She now had a sore throat as well. Doctors prescribed her anti-viral medication and sent her home again. But her condition continually worsened. Ms. Scott texted her father, Mr. Kevin Scott, on Sunday, May 16. She told him that she was too dizzy and tired to even get out of bed.

Mr. Scott called campus police and asked them to check on his daughter. They refused at first, but ultimately went to Simone’s dorm room. Police found her unable to walk and called paramedics. She was taken to North Shore Hospital. Simone’s mother packed her car that night and drove 300 miles (482 km) from Cincinnati to the Chicago-area to be with her daughter.

Simone was placed on an extracorporeal membrane oxygenation (ECMO) machine the next day. It essentially acts as a heart outside the body, pumping and oxygenating blood so the real heart can rest. Simone was transferred to Northwestern Memorial Hospital on May 20. Her condition did not improved and doctors informed the parents that Simone needed a heart transplant. The average heart transplant costs about $1.4 million in the United States so the family started a GoFundMe to help with costs.

The transplant took place on May 23. Doctors said the new heart worked well. But Simone’s lungs endured a lot of damage from both the medications and breathing machines. The family posted an update on GoFundMe on June 3. They read all the cards and well-wishes to Simone to keep her spirits up. Unfortunately Simone could not overcome all of the obstacles. She passed away on Friday, June 11.

Ms. Kraimer told reporter Berenson that Simone did everything asked of her during the COVID-19 pandemic. She wore masks, social distanced and regularly tested so she could fulfill her dream of becoming a reporter. But Mr. Scott, Simone’s father, was less diplomatic. He pointed to the Moderna injections as the reason for his daughter’s death.