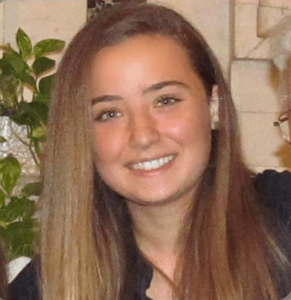 SESTRI LEVANTE, LIGURIA — An 18-year-old woman is dead, prompting many young people in her area to cancel their previous plans for injections.

Ms. Camilla Canepa received the first dose of experimental AstraZeneca viral vector DNA on May 25, according to several Italian media sources. It was an “open day” for anyone over the age of 18 to receive experimental injections, particularly AstraZeneca.

She checked into the emergency room at Lavagna Hospital on June 3, complaining of severe headaches and extreme light sensitivity. A CT scan and neurological tests found nothing, so doctors discharged her with an order to return in 15 days for further tests. But Ms. Canepa returned to the ER at San Martino Hospital in Genoa just two days later. She now suffered from paralysis in at least one part of her body.

Ms. Canepa was diagnosed with cavernous sinus thrombosis, meaning a blood clot in the space between the eye sockets and brain. It blocked the primary vein between the head and heart. Doctors also discovered that she was bleeding inside her brain. Ms. Canepa underwent two surgeries, one to remove the blood clot and the second to relieve pressure in her head caused by the bleeding. But the damage was too great to overcome.

Ms. Canepa passed away on June 10.

Italian government officials announced a very strange policy after the death of Ms. Canepa. AstraZeneca shots will now only be administered to people over age 60. In other words, they are fine with older people developing blood clots and dying from experimental viral vector DNA shots, but are protecting younger people. The policy didn’t matter in the grand scheme. Hundreds of young Liguria residents cancelled their forthcoming AstraZeneca appointments as news of Ms. Canepa spread.

Liguria Governor Giovanni Toti told Ansa News that Canepa’s case is “not for point scoring” and that AstraZeneca recipients volunteer for the shots. Meanwhile the Italian Medicines Agency (AIFA) authorized the experimental Pfizer mRNA shots for people aged 12 to 15 on June 1. It is yet another strange policy that is apparently supposed to be altruistic, but is dangerous and detrimental to future and current generations of Italians.