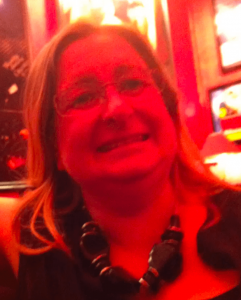 EDINBURGH — A 59-year-old woman is dead, leaving her husband of 37 years crushed and lost.

Mrs. Karen Tully received the second dose of experimental AstraZeneca viral vector on April 27, according to The Scottish Sun. She immediately felt extremely dizzy and suffered from excruciating headaches. Mrs. Tully had just returned to her job as a police dispatcher the previous day after a year-long hiatus due to COVID mandates.

She went to work Wednesday night, but left after one hour due to the headaches. Mr. Richard Tully, her husband, told reporter Gordon Tait that his wife chalked up the headaches and dizziness to staring at a screen all the time. Mr. Tully said he gave his wife a cup of tea and left for work at 6 a.m. Thursday morning. He returned three hours later to find his wife unresponsive in their bed. Emergency medical personnel pronounced her dead at the scene.

An autopsy is being conducted to “explain her exact cause of death.” A Police Scotland spokesperson said the death is “unexplained.” Mrs. Tully worked for Police Scotland at Bilston Glen for 15 years. Roddy Newbigging, the chief superintendent, said Mrs. Tully was “well-respected and popular,” and that she will be missed.

Mr. Tully said his wife was full of life and able to get along with anyone. Their son, Robert, has received the first dose of experimental AstraZeneca viral vector. But he is now considering skipping the second shot after what happened to his mother. Mrs. Tully’s mother, Winifred Emerson, is also grief-stricken. Ms. Emerson is 96 years old and outlived her daughter.

The Sun article repeated the fallacious talking point that blood clots after viral vector shots are “rare.” Yet it mentioned Mr. Neil Astles, a Scotish lawyer, who died on April 4. He had the first AstraZeneca shot on March 17 and developed blood clots in his brain.