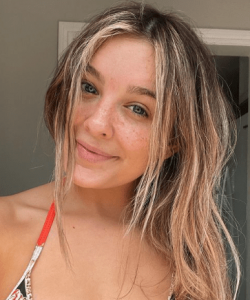 ORANGE, CALIFORNIA — A 21-year-old pre-med Chapman University student is trying to live a normal college life. But her future may now be in jeopardy.

Ms. Madeline Johnson received her experimental Pfizer mRNA injections in February and March, according to her mother, Marah Johnson. Madeline, who goes by Maddy, works in a hospital and thus got the injections early on. Adverse reactions started out relatively “mild” – wrist pain and numbness in her hands. But her condition progressively worsened.

Maddy sought medical attention in April. She lost fine motor skills and suffered high fevers, nausea, swollen limbs, breathing issues and random bouts of paralysis in various parts of her body. A new symptom described as “feeling slivers of glass” in her finger when she touches something was reported on July 6. She’s now having trouble swallowing food and water, and is suffering severe chest, throat and abdominal pain. 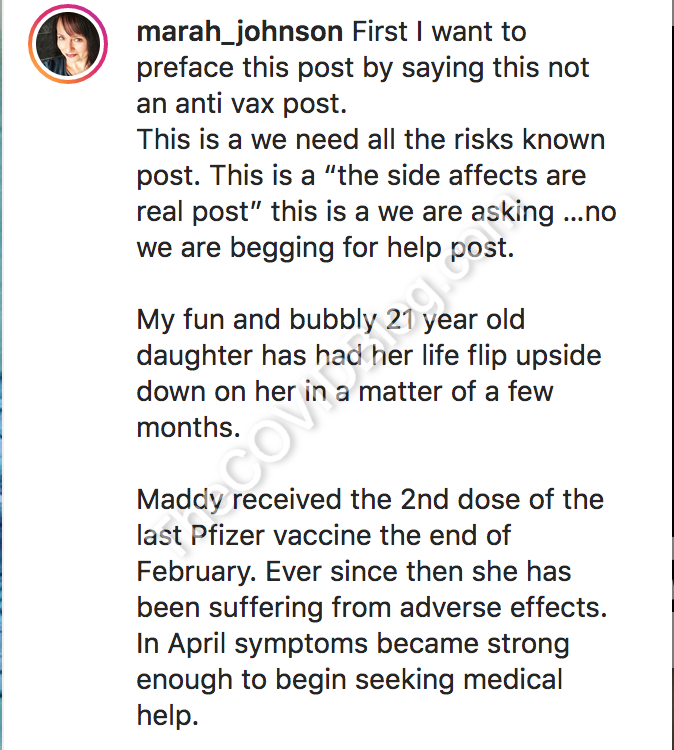 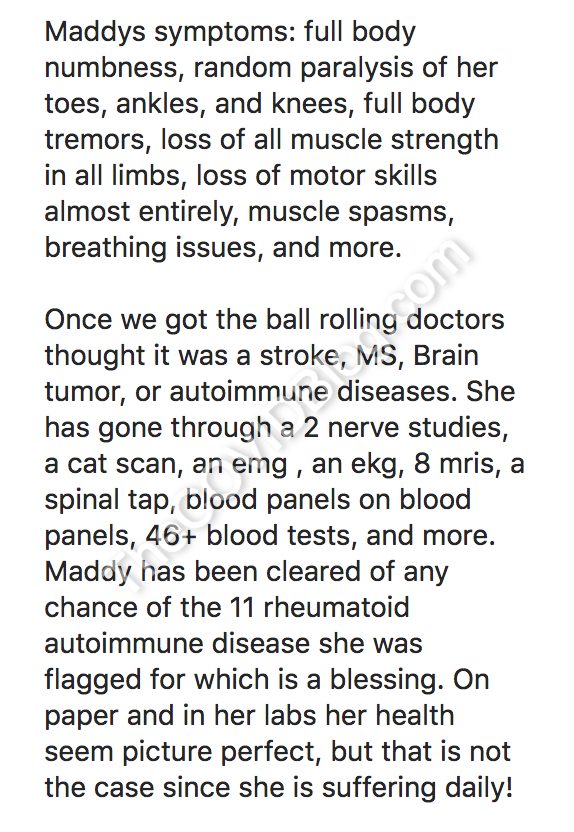 Maddy is also suffering what we’re now calling Shawn Skelton Syndrome, a condition we named after the first woman we covered having uncontrollable convulsions after the experimental injections in January. The tremors have reached a point where Maddy drops things and spills liquids because she cannot hold her hands still.

Doctors have performed MRIs, CT scans, spinal taps and numerous lab tests. Maddy has tested positive for 11 autoimmune disorders, including lupus, sclerodoma, and Sjögren’s syndrome. But Marah said Maddy may not have all of them. They are still seeing specialists to figure out her exact problems. 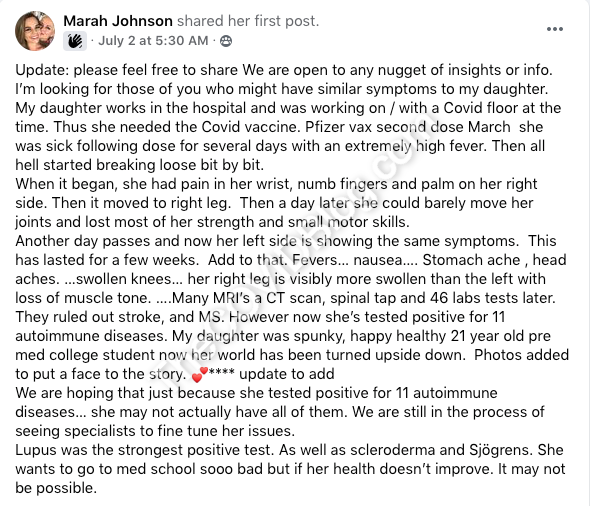 No.2 ICU Doctor in the World Breaks Down Over Adverse Reactions From the C0VID Jabs Being Ignored & Calls It a Humanitarian Crisis

Melbourne Doctor Cruelly Says “No Jab No Heart” to a Transplant Patient. Yet He Has Been Jabbed and Clearly Has No Heart and the Biggest Cause of Heart Attacks Currently Is the Jab

No.2 ICU Doctor in the World Breaks Down Over Adverse Reactions From the C0VID Jabs Being Ignored & Calls It a Humanitarian Crisis