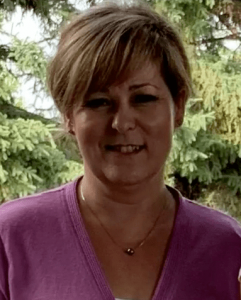 EDMONTON, ALBERTA — A 52-year-old widow and mother is dead as her daughter wonders if medical personnel did all they could to save her life.

Mrs. Lisa Stonehouse received the first dose of experimental AstraZeneca viral vector on April 21, according to the Saltwire Network. She reported “normal” side effects immediately thereafter, but took no definitive action. But the symptoms turned to heart palpitations, severe headaches, nausea, general fatigue and chills a week later. She called Health Link (811) for advice. They told her that the symptoms were normal and to contact a doctor if anything worsens. That’s exactly what happened.

Lisa’s daughter, Jordan Stonehouse, took her to Grey Nuns Hospital on April 29. Jordan told Global News that her mother was discharged within 10 minutes after arrival. Doctors told her to take Tylenol and go home. Lisa’s condition reached critical levels the next day, April 30. Jordan took her to Strathcona Hospital in Sherwood Park hoping for better care.

Doctors did a CT scan and found blood clots in Lisa’s brain. Mrs. Stonehouse was diagnosed with vaccine-induced immune thrombotic thrombocytopenia (VITT), a known adverse reaction to these shots that mainstream media calls “rare.” Blood had spilled out all over her brain as well, giving her a grim prognosis. A ruptured aneurysm or stroke likely caused the bleeding. Doctors transported Mrs. Stonehouse to University of Alberta Hospital, but she suffered a seizure on the way there. Another CT scan revealed irreversible brain damage.

Mrs. Stonehouse was taken off life support on Saturday, May 1.

The Global News report about Mrs. Stonehouse is mostly an advertisement for AstraZeneca and other experimental shots. But Jordan said that she’s always going to wonder if her mother would still be alive had Grey Nuns Hospital admitted and treated her. At that point, Lisa was still relatively functional and not exhibiting symptoms of brain bleed.

Covenant Health, which owns Grey Nuns, told CTV that it is “actively investigating” all circumstances surrounding Mrs. Stonehouse’s emergency room visit. Dr. Bruce Ritchie of the University of Alberta said that all Alberta hospitals are stretched thin. He offered this ominous excuse for Grey Nuns Hospital:

Since it’s so common with vaccines and millions of doses going into patients’ arms, we clearly can’t do scans on all patients who have headaches. But, if someone has a headache that’s much more severe they should consult their physician right away.

Shandro said he realizes people are shocked, but that he still “expects” everyone to “do the right thing” and receive experimental injections themselves. Meanwhile Jordan, 19, is studying to be a nurse. She lost her father in 2019 and now is grieving the loss of her other parent. Jordan said “vaccines” are important in the overall fight against COVID-19 and that she will get her shots in due course. But she also said she does not want this to happen to any other family.

A GoFundMe page has raised over $70,000 ($85,000 Canadian) on Jordan’s behalf. It was organized by Wilfred Lowenberg, Jordan’s godfather and last vestige of parental presence in her life.