ROCHESTER — A 56-year-old cop, corrections officer, wife and mother is dead after believing she was doing a good deed in honor of her father.

Mrs. Kristen Manwaring was a sheriff’s deputy in Madison County, New York. She also worked for the county jail. She’d held those jobs since 1988, according to her Facebook page. Mrs. Manwaring shared a few interesting moments from her career right when the so-called pandemic commenced. 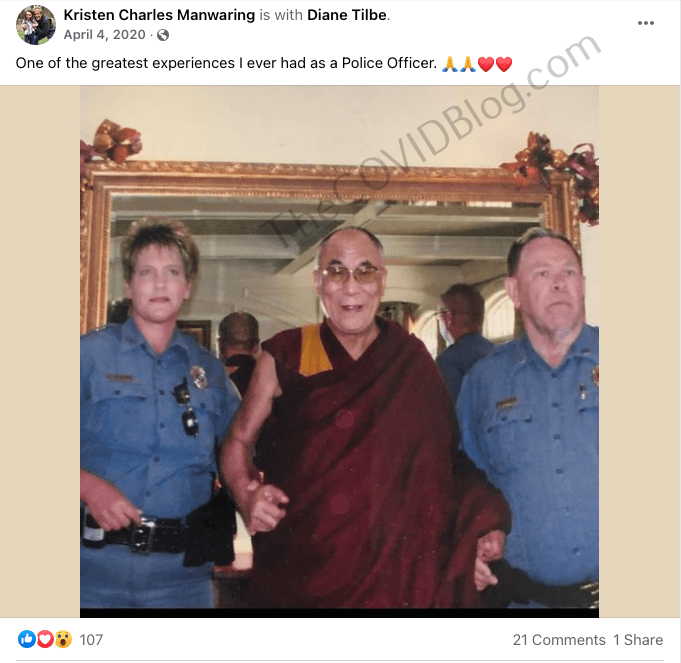 She wrote about her deceased mother at least four times from March 2020 to the end of that year. Mrs. Manwaring’s mother passed away in 2005. 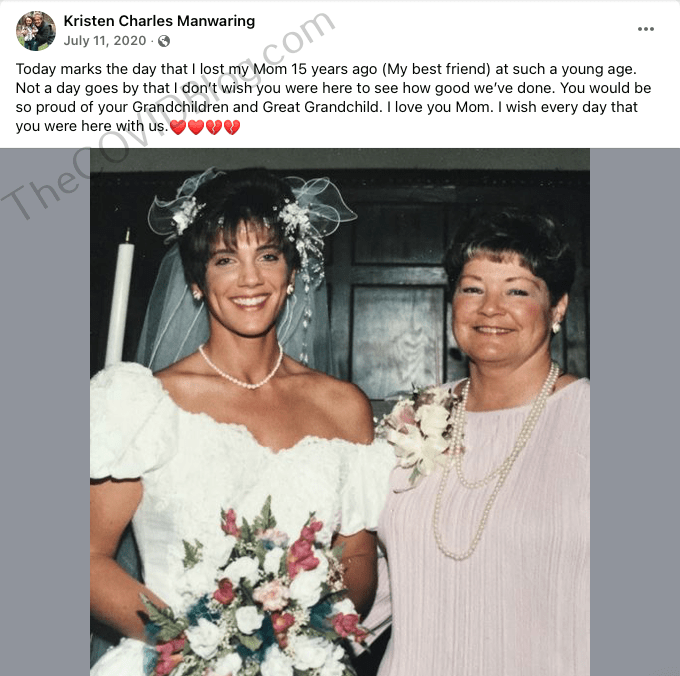 Her remaining 2020 post history was all about cops, family and the Buffalo Bills. She took several photos in masks. But it’s New York, she’s a cop, and it was likely mandated in their hometown.

Mrs. Manwaring hinted that her father was sick on February 6, 2021. She didn’t provide many details, but ended the post with “stay strong.” 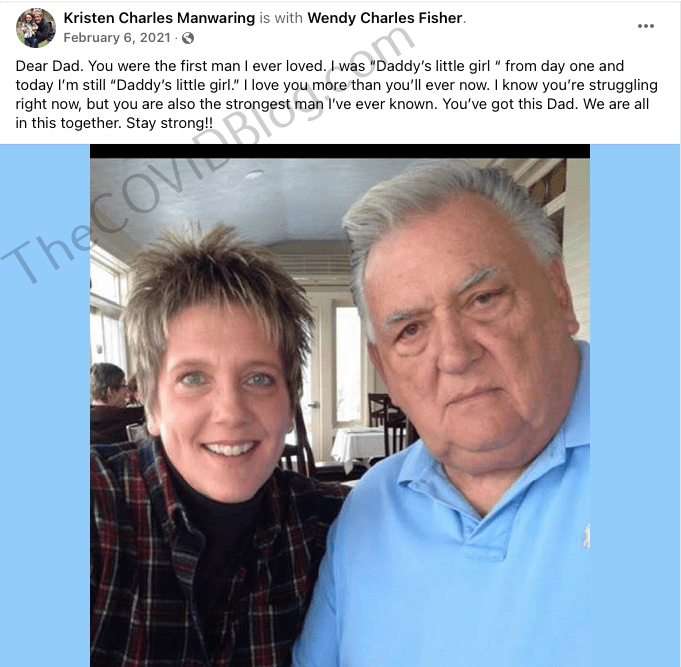 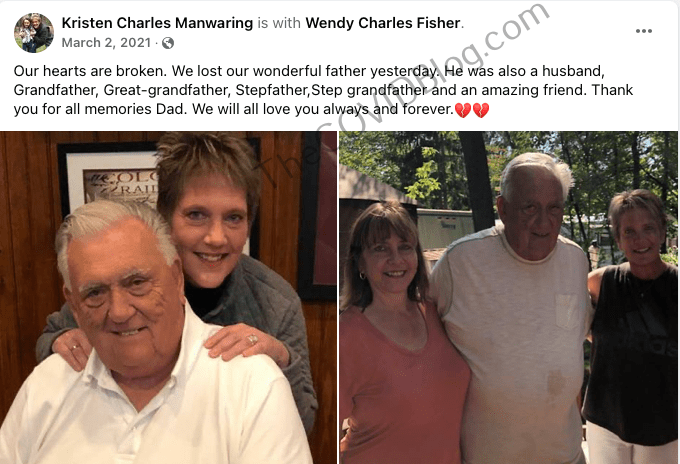 Two days later, Mrs. Manwaring wrote that she is “fully vaccinated for you Dad.” 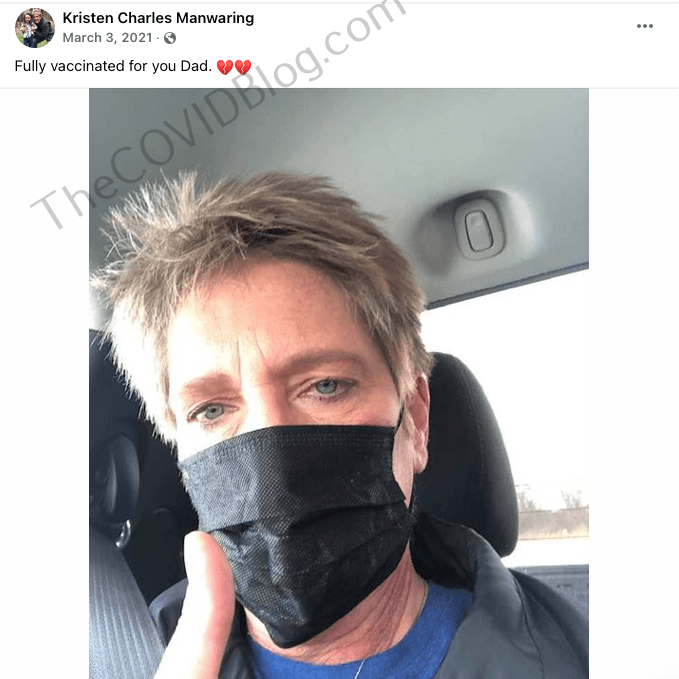 Mrs. Manwaring said her father died of so-called COVID-19 on March 5, 2021. She ended the post with “Please get your vaccine. COVID-19 is real.”

A few days later, she acknowledged all of her friends sending “I got my vaccine” photos. Mrs. Manwaring referred to said people as the “let’s kick Covid’s butt group.” 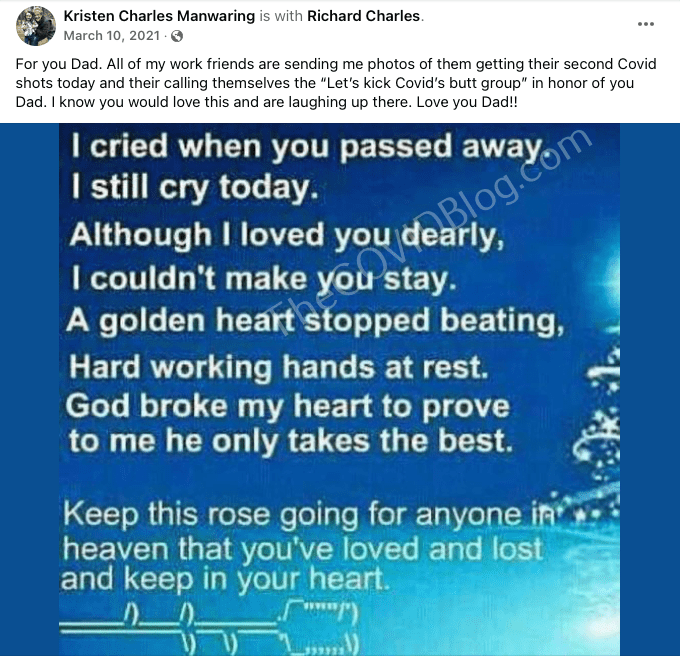 The spring and summer of 2021 were mostly normal. Mrs. Manwaring went to her son’s high school graduation in April. She paid tribute to her mom several more times. Mrs. Manwaring also posted many photos of her dogs. Then things turned for the worst.

“I will fight this and win”

Mrs. Manwaring posted a semi-cryptic message on August 26. “Why me? I am a good person. I will fight and win this,” she wrote. Nearly all the comments said something to the effect of “you will beat this” and “praying for you.”

She celebrated her oldest son’s 21st birthday three weeks later. But Mrs. Manwaring could not attend the Buffalo Bills game that she normally would have in early October. The next health update came on October 30. She was doing “round 2” at Strong Hospital in Rochester. And again, all of the comments were similar to the August post. 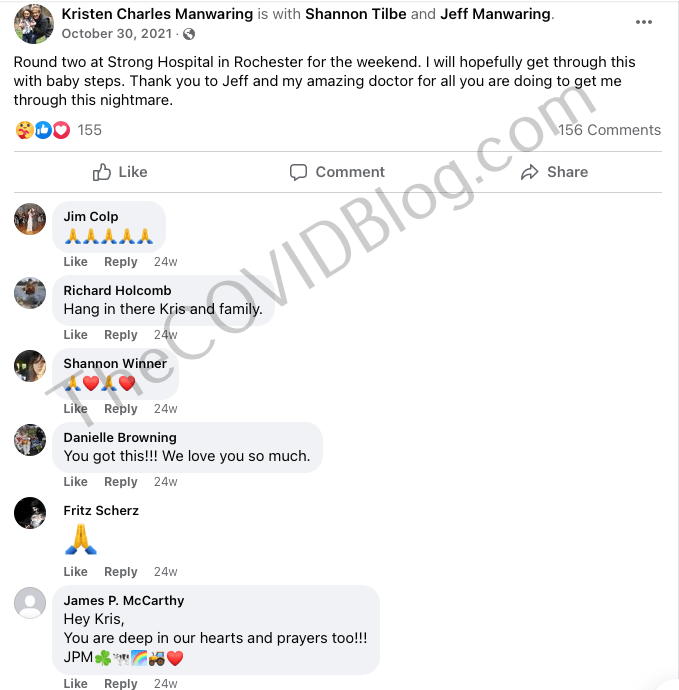 Her additional comment to the post provided the first definitive evidence as to what seemed fairly obvious. 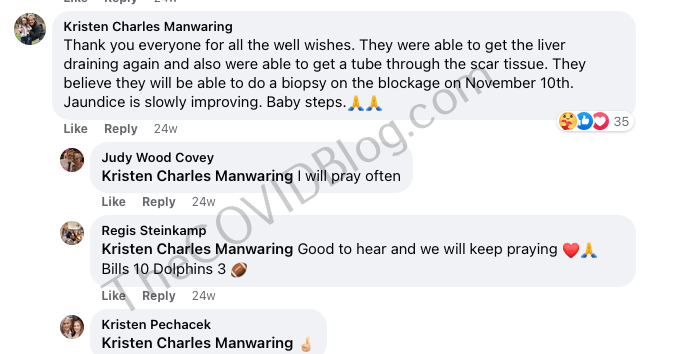 Mrs. Manwaring talked about jaundice, liver drainage, scar tissue, a biopsy and blockage. Jaundice (yellow eyes and skin) is a symptom of many ailments, including hepatitis and liver cirrhosis. But jaundice and bile duct blockage are symptoms of pancreatic cancer and rare liver disease, according to WebMD.

Biliary drainage is when a stent is placed in the bile ducts of the liver to drain the excess bile causing the blockage, according to the Cleveland Clinic. Cholestatis (when bile clogs the ducts) is, again, a sympton of hepatitis, cirrhosis and tumors in the pancreas, gall bladder and/or liver. A biliary tract biopsy is performed to determine the presence of tumors in the liver or elsewhere. The result is either no sign of disease, a benign growth, or the presence of cancer, according to Mount Sinai.

Things worsened by mid-December. Mrs. Manwaring said that she will be in and out of Strong Hospital “going through numerous procedures.” She expressed fear, and said, “the outcome may not be what we want to hear.” The tone was ominous, as she simply prayed to see the day her two boys have her grandchildren.

Mrs. Manwaring celebrated her 56th birthday on December 31. Despite all that was happening, she and one of her sons went out to celebrate that day. 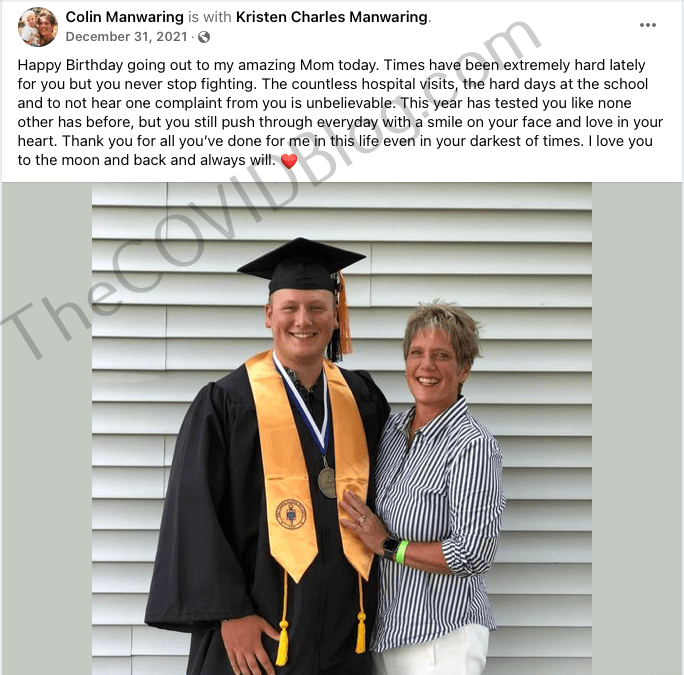 The February 22 update was “not so good news.” Mrs. Manwaring said doctors will be “picking up the pace” in her treatments.

She went to a high school basketball game on March 6. There were no more Facebook posts until her final one on April 3. “Take me back to the good times” is all it said.

Mrs. Manwaring passed away on April 15 at Strong Memorial Hospital in Rochester. She is survived by her husband and two sons.