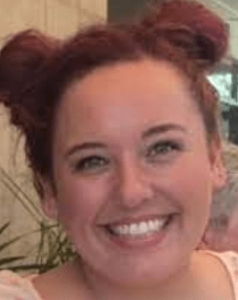 SAN FRANCISCO — A 28-year-old woman who describes herself as an “actor and vegan” has disappeared from the internet after “vaccine” virtue signaling ended tragically.

Ms. Jennifer Deon received her mRNA “booster” shot on October 18, according to her now-deactivated Twitter account. She captioned a photo with post-injection bandages on her arm with “BOOSTER bby (sic)” and declared “getting the vaccine makes you hotter.” 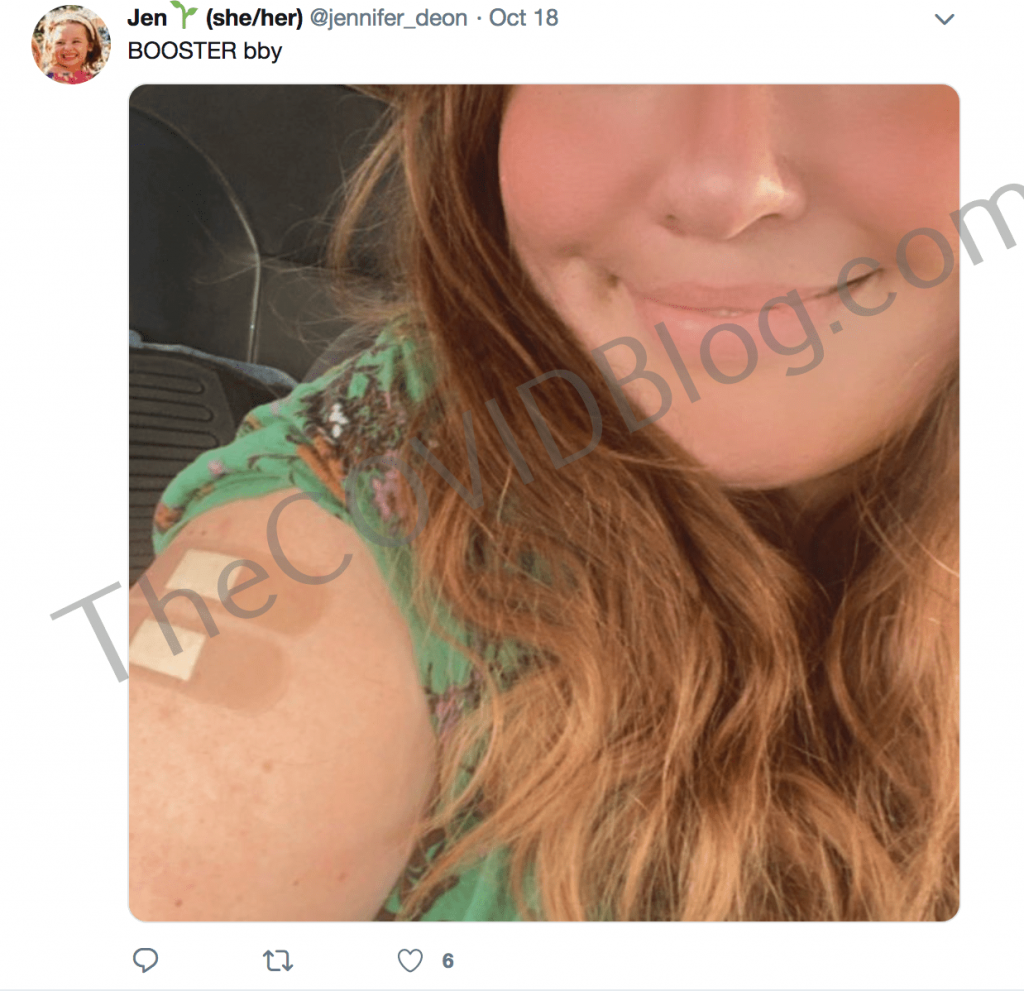 That same day, she equated COVID-19 to smallpox. The previous has a less than 1% mortality rate, according to data from the Centers for Disease Control. Variola major smallpox has a 30% mortality rate. 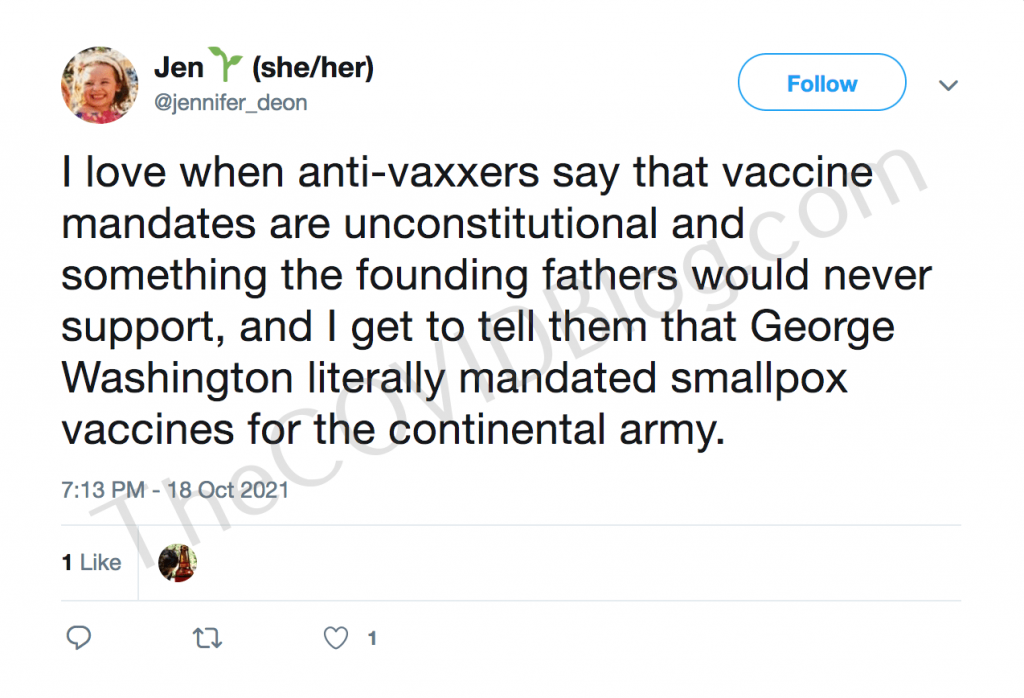 Two weeks later, she mocked a nurse who was fired from her job after being denied a religious exemption from injections. Ms. Deon called religion “a dumb excuse.” 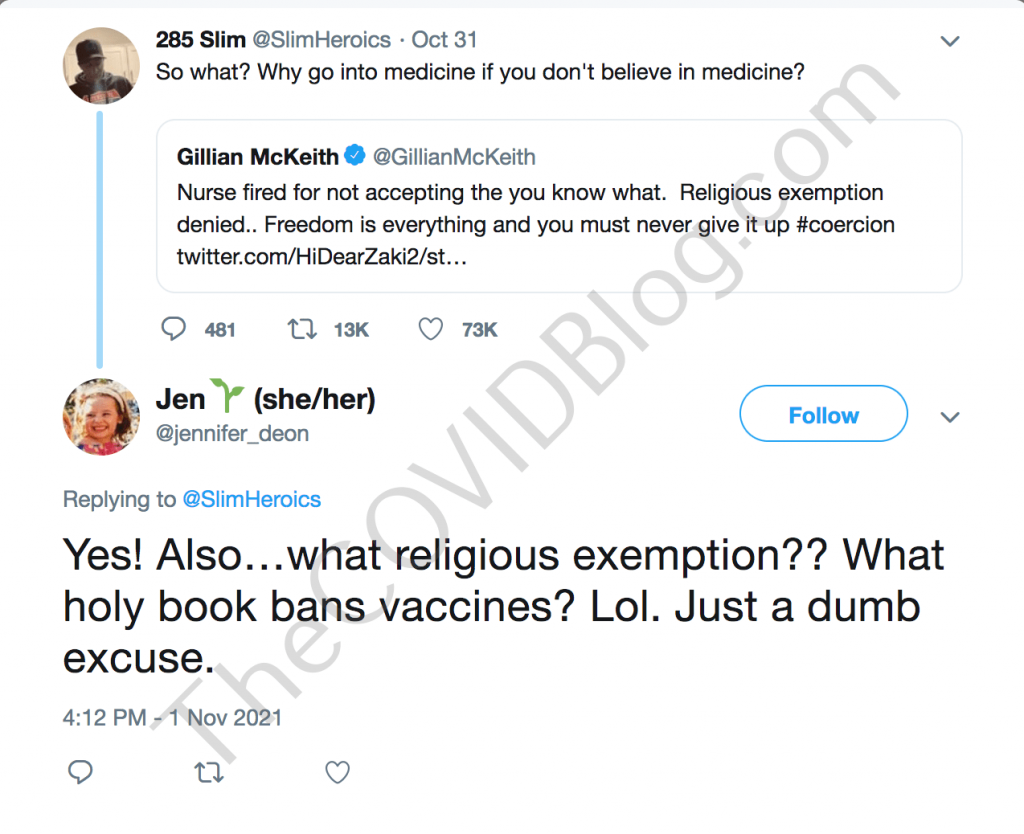 Ms. Deon was about six weeks pregnant when she decided to get the mRNA “booster” shot. Thus she had already defied the odds and got pregnant after the first two doses. Ms. Deon went for an ultrasound on November 9, when she was a little over eight weeks pregnant. Doctors discovered that her baby was dead in utero. Since it occurred before the 20-week mark, the event is classified as a miscarriage.

She tweeted a photo of the ultrasound on November 10. Ms. Deon said she was devastated and heartbroken. 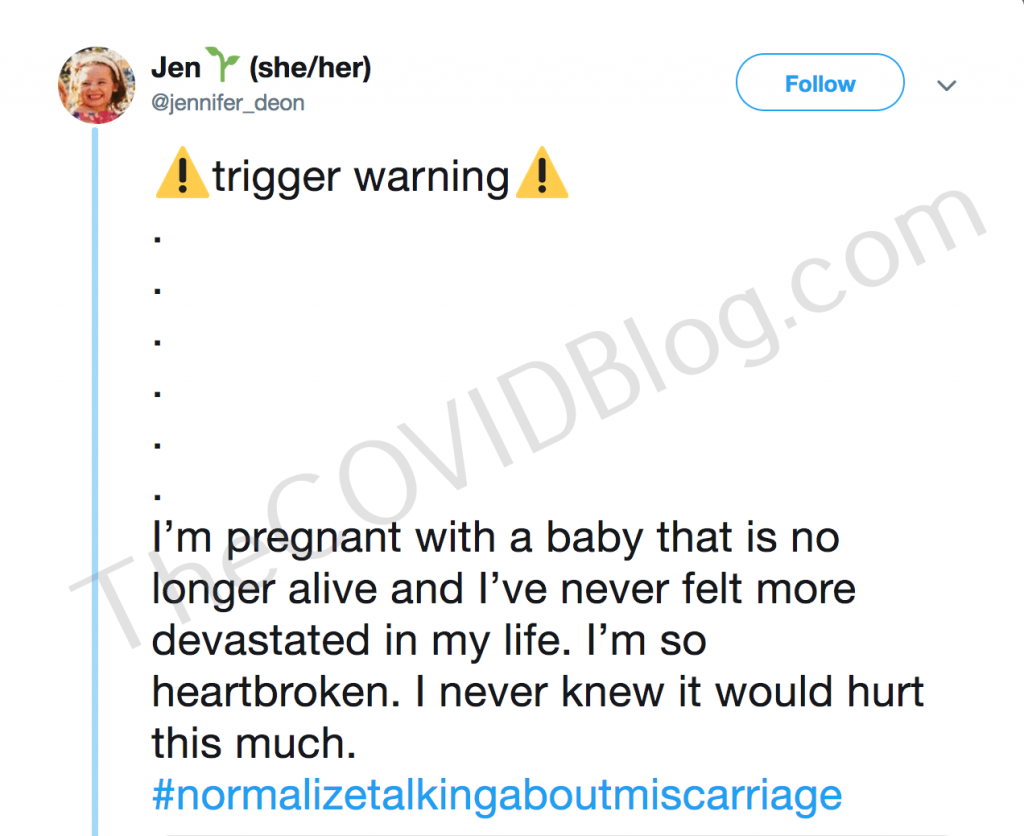 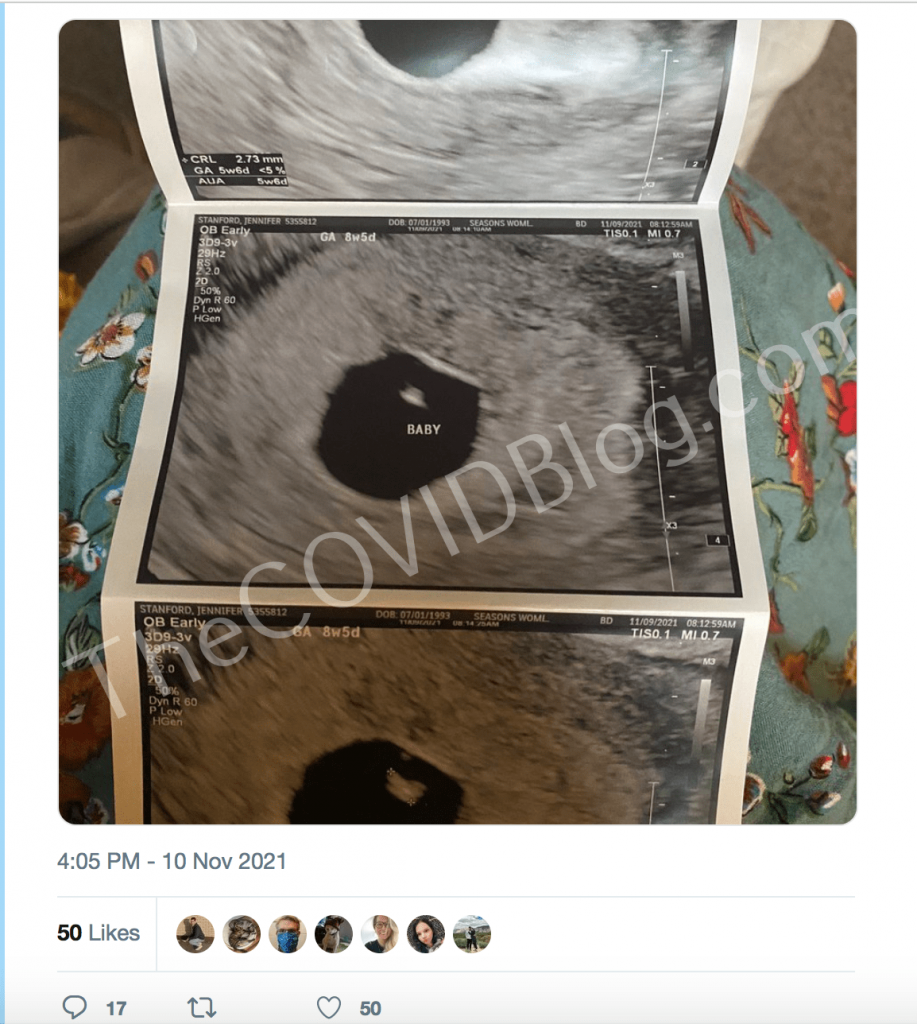 Despite mocking religion as “a dumb excuse,” she expressed gratitude for people praying for her family.

But ultimately her old tweets surfaced and began circulating online. Ms. Deon deactivated her Twitter account yesterday, and followed suit on Instagram today. She does not appear to draw any sort of link between the miscarriage and the booster injection. We’ll monitor her Twitter account to see if she comes back online anytime soon.