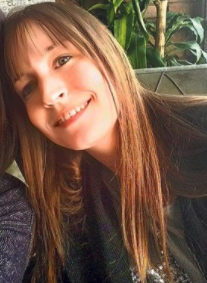 HERFORD, NORTH RHINE-WESTPHALIA — A 32-year-old woman is dead and her mother is pointing to the obvious culprit.

Ms. Dana Ottmann received the first dose of experimental Oxford-AstraZeneca viral vector on February 25, according to Welt TV in Berlin. She experienced severe headaches the next day. But it was chalked up as normal since she had suffered from migraines since childhood. Ms. Ottmann also reportedly told the vaccine administrator about her pre-existing condition, but was given the shot anyway.

The headaches and severe exhaustion continued, with Ms. Ottman thinking everything was fine. But she became so weak that she missed work on March 7 and 8. Her mother, Ms. Petra Ottmann, tried contacting Dana the morning of March 9 on WhatsApp and by phone, but got no answer. She went to Dana’s house and found her dead in the bathroom.

Mother on a mission

Petra was in a migraine group that helps people cope with and talk about their chronic pain with others. She told one of the administrative doctors at the group that Dana’s headache was different this time and something more was wrong. But the doctor said he did not want to “stir up panic” and dismissed Dana’s headaches as normal migraines.

Ms. Ottmann died from blood clots in her brain caused by the AstraZeneca shot, according to health authorities in the Herford District. An excerpt from the full statement reads in part:

The results of the Institute for Immunology and Transfusion Medicine at the University of Greifswald show that an immune reaction to the AstraZeneca vaccine led to the death of the woman. The cause of death was therefore a coagulation disorder with bleeding into the brain.

Dana had to get the shots because she worked in the medical field. Petra said she wasn’t necessarily “anti-vaxx.” But Petra said the AstraZeneca shot had far too little data available to force anyone to take it that early in the process.