The Expose covered this in their article on football deaths of December 8th 2021.

We have also seen that on pitch footballer lethal cardiac incidences have doubled every quarter in 2021.

Let us be plain about what this means. These footballers are the canary in the coalmine of vaccination. Let us not permit their deaths to be for nothing. They get it first because they are pushing their hearts the hardest. It was so moving for me to watch Sergio Aguero, the totally fit Manchester City player, collapse, then struggle to stand up grabbing his heart with his colleagues around him thinking nothing can be wrong, I will just play on now, and then collapse again.

He survived, but is no longer able to play professional football. It is totally absurd for such a fit young man. We must see these dead footballing canaries (31 from heart attacks last year). We must learn from this that the coalmine of vaccination is full of poison and we must get out of it immediately.

It is just that footballers push their hearts harder than “couch potatoes”. So we take the Q4 risk to sedentary people to be 2x normal and extrapolate exponentially from there doubling the risk every quarter. This gives Q1/2/3/4 risks in 2022 of 4x/8x/16x/32x normal.

There have already been 6 footballer deaths in the first half of January 2022 among club players during matches or training sessions.

The cardiovascular deaths will continue to rise exponentially if and only if spike protein production continues in the fully vaxxed. We do not know if the immune system will eventually defeat the vaccinations and successfully remove every spike protein factory from the body.

It looks from case number data that singly vaccinated people may win that battle. Presently we have no evidence that doubly vaccinated will win it because their case numbers continue to get worse and worse when compared to the not-vaccinated, and boosted people have less chance even than them.

So on the assumption that the exponential rise that we witnessed in 2021 will continue throughout 2022. Here is the future of cardiac mortality.

The latest ourworldindata (John’s Hopkins University) figures for worldwide fully vaccinated people is 51.6% (January22). So for simplicity, assuming nobody is foolhardy enough to take a further vaccination after reading this article, we shall assume a 50:50 unvaccinated to fully vaccinated ratio throughout 2022.

Most people are not professional footballers and even the footballers themselves only spend a small fraction of their lives playing on the pitch. So the projection for cardiac deaths in 2022, just uses the fully vaxxed footrester figures, remembering that the normal worldwide cardiac death rate is 8.9 million per annum or 2.225 million per quarter.

So during 2022 rather than seeing the normal 8.9 million cardiovascular deaths, we shall see 71.2 million, an increase of 62.3 million deaths.

At that point the vaccines will have killed more people that HIV AIDS – merely from heart attacks. This excludes deaths from VAIDS and from vaccine mediated neurological degeneration. There are nearly 8 billion of us. So 62.3 million is less than 1% of mankind. But it will be the largest genocide ever committed upon us, if the spike protein production keeps going at the present rate in the fully vaccinated. 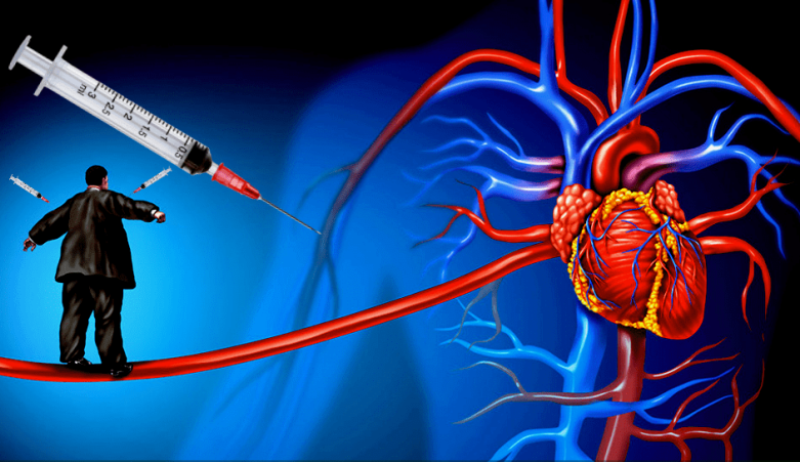