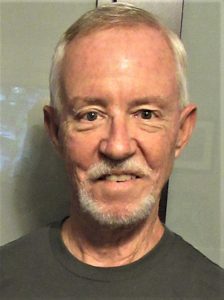 MEMPHIS — A 70-year-old watercolor painter and retired museum curator is dead, in yet another story of an unnecessarily-obnoxious LGBT vaxx zealot dying after months of virtue signaling.

Mr. William “Bill” Lee Branch received his first Moderna mRNA injection on February 26, according to his Facebook page. Several of his friends congratulated him, and said they were happy for him. One friend said that they still cannot socialize until after the second injection, per Fauci’s orders. 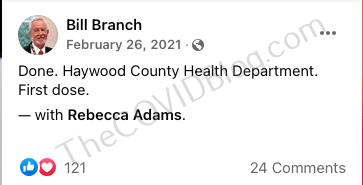 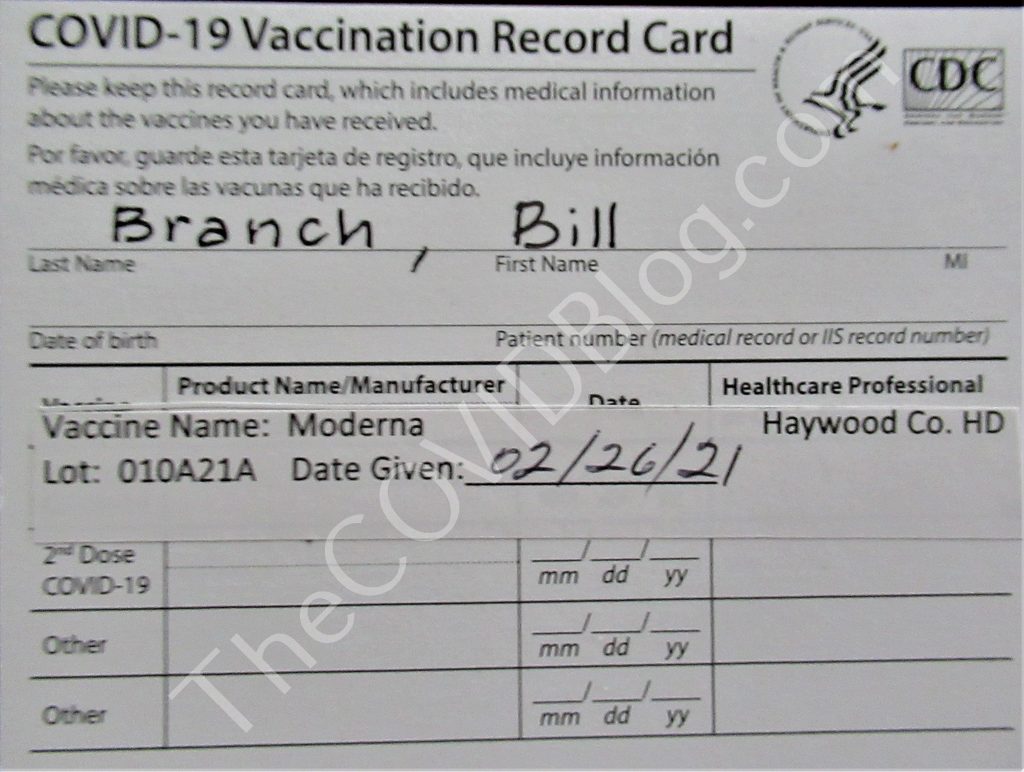 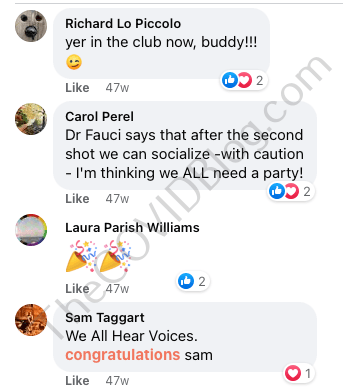 He immediately announced that his second dose was scheduled for March 31. 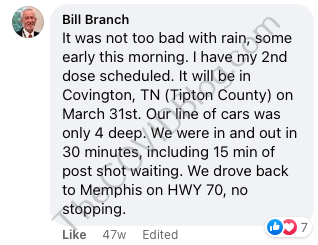 But Mr. Branch had a lot to share in the meantime. He described himself as an “avid Christian” who attended The Church of the Holy Communion Episcopal Church in Memphis. He also sang in the choir at St. Mary Episcopal Cathedral. He frequently posted images like the following. 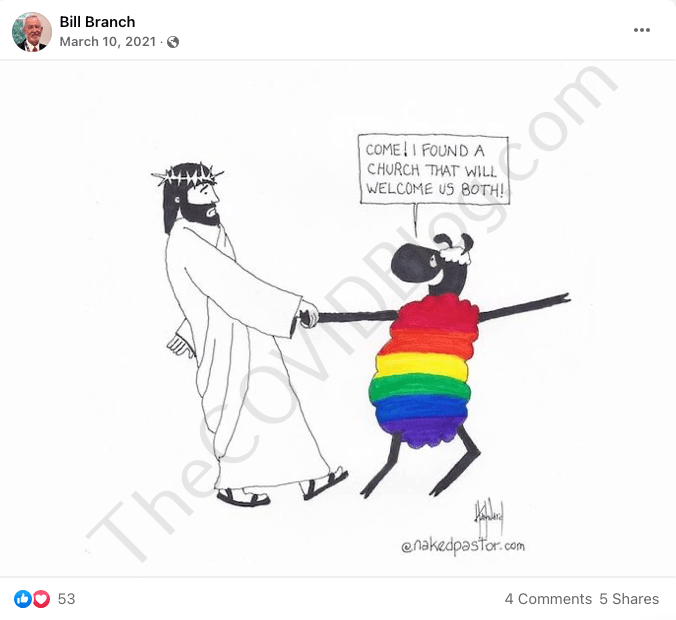 Mr. Branch posted a photo on March 15 of he and his male spouse getting married at a church.

He was so excited about his second Moderna injection, he announced a preview the night before. 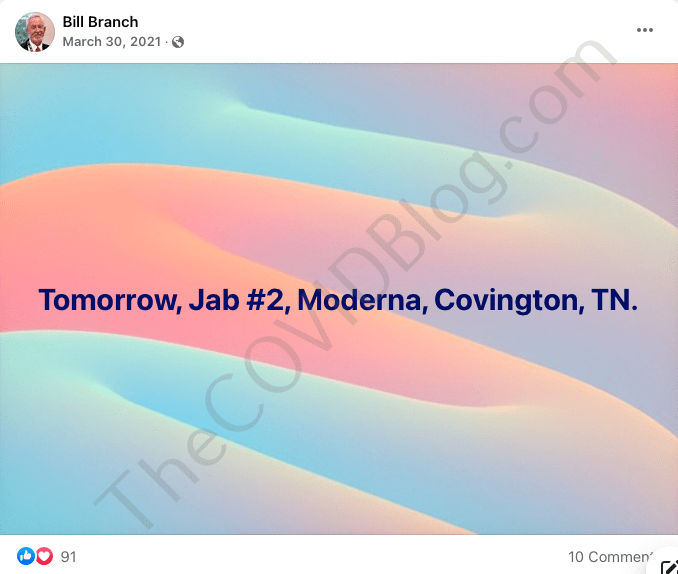 In announcing receipt of his second Moderna injection on March 31, Mr. Branch asked rhetorically, “when does the 5G start working and what is the password to get into the microchip?”

The next day, April 1, Mr. Branch reported no adverse effects except for a slightly sore arm. 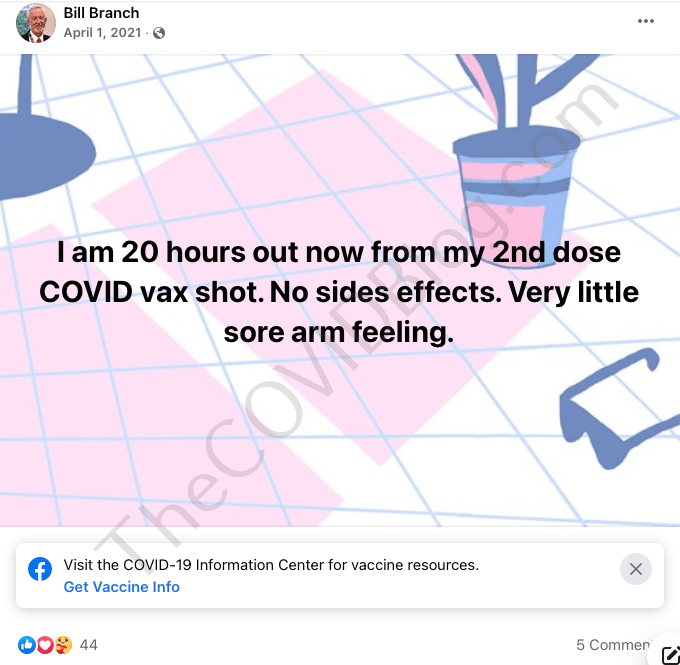 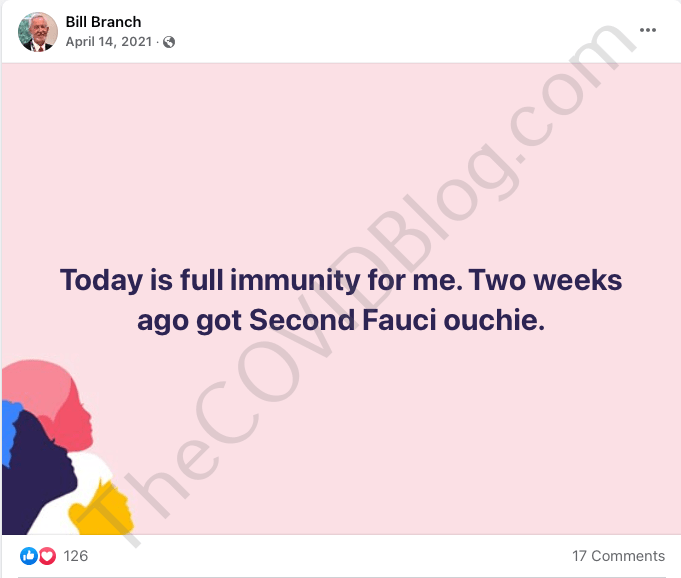 Mr. Branch disliked Donald Trump. He also, like many of his brethren, believed the common fallacy that Trump is against the mRNA and viral vector DNA injections. 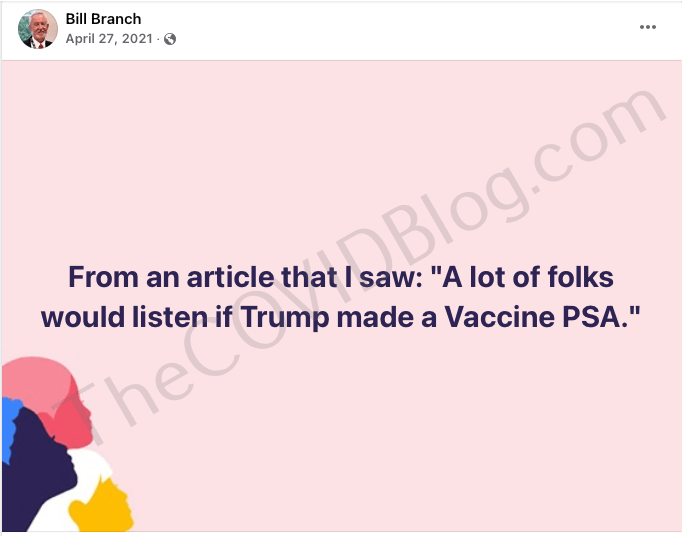 He posted an image on April 28 promoting both masks and the injections. 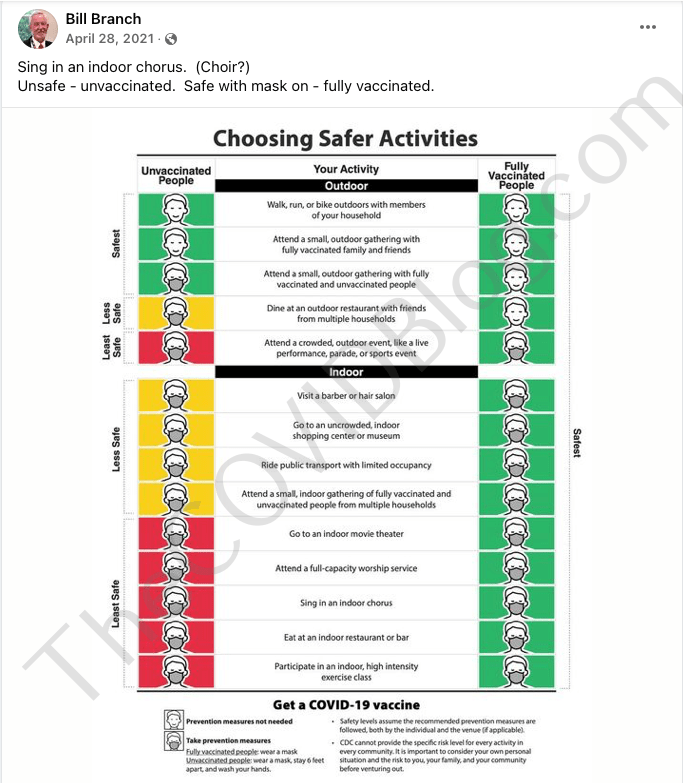 But the vaxx virtue signaling really picked up in the summer. Mr. Branch is apparently a researcher for U.S. Supreme Court Justice Sonia Sotomayor. 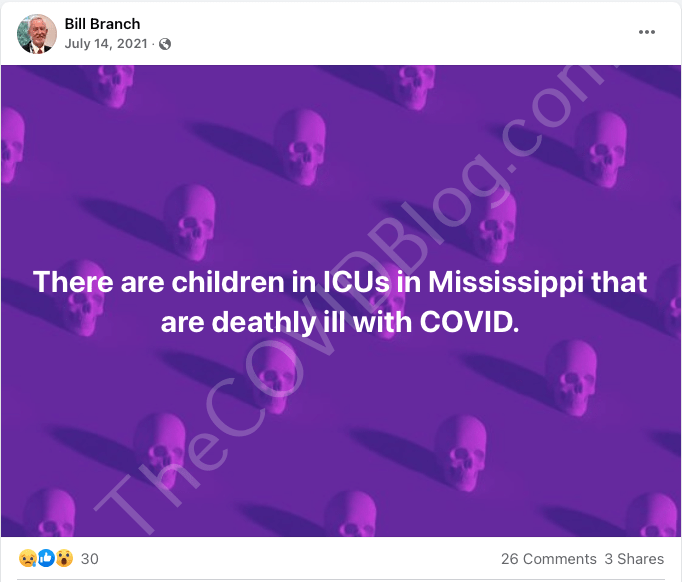 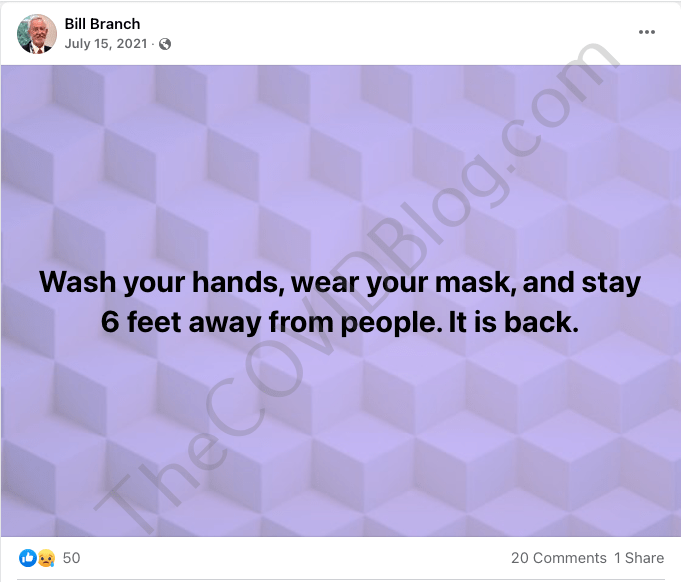 An August 4 post insinuates that the non-vaccinated are stupid. 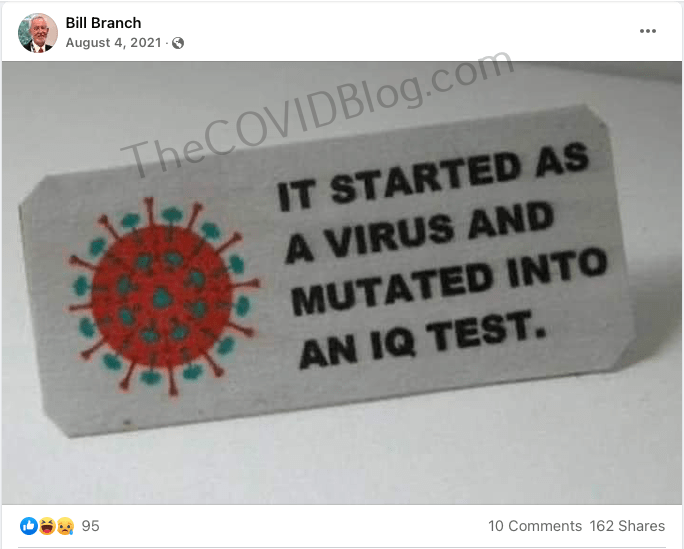 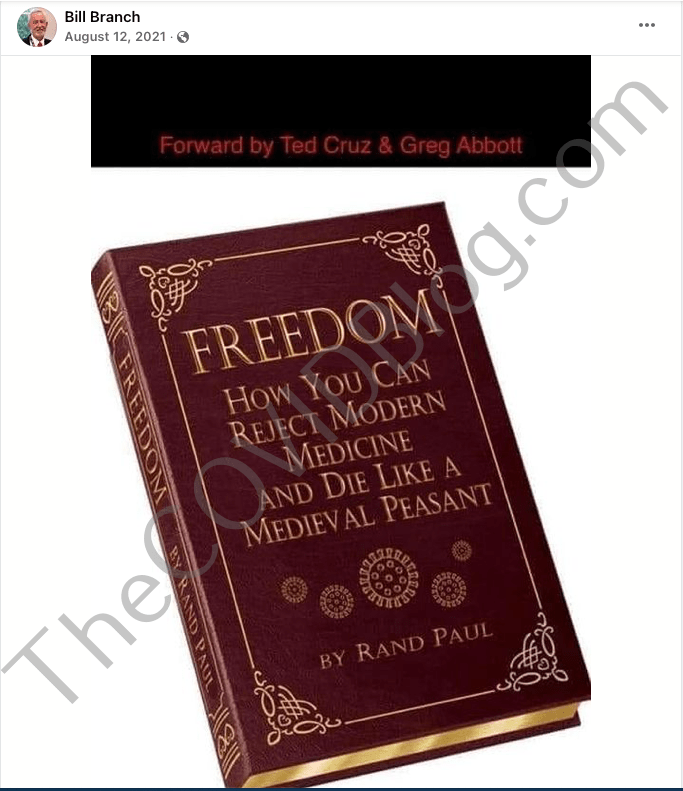 Mr. Branch promoted this obituary of a man who allegedly died of COVID-19 in 2020. 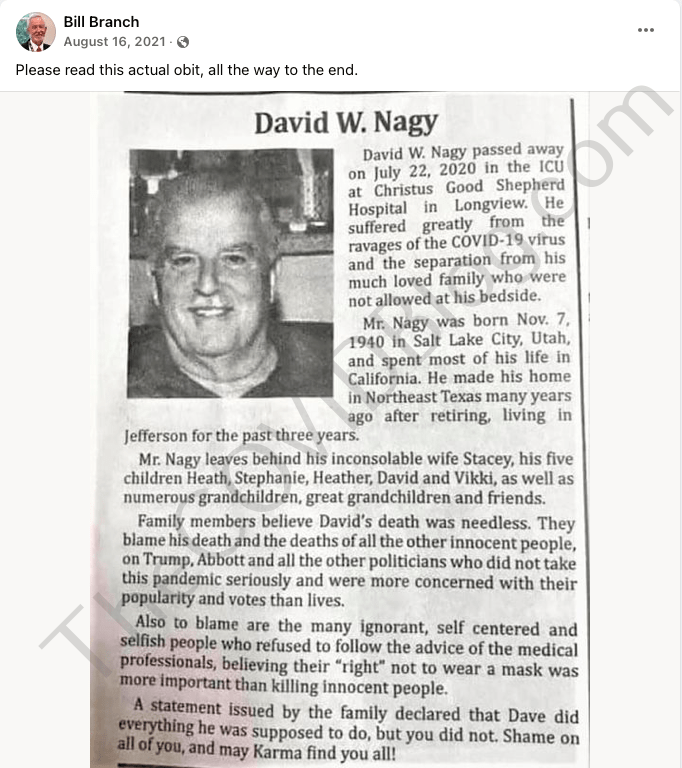 Then he wrote that “anti-vaxxers and Trumpanzees” should have the vaccine, not “dewormer” on August 23. 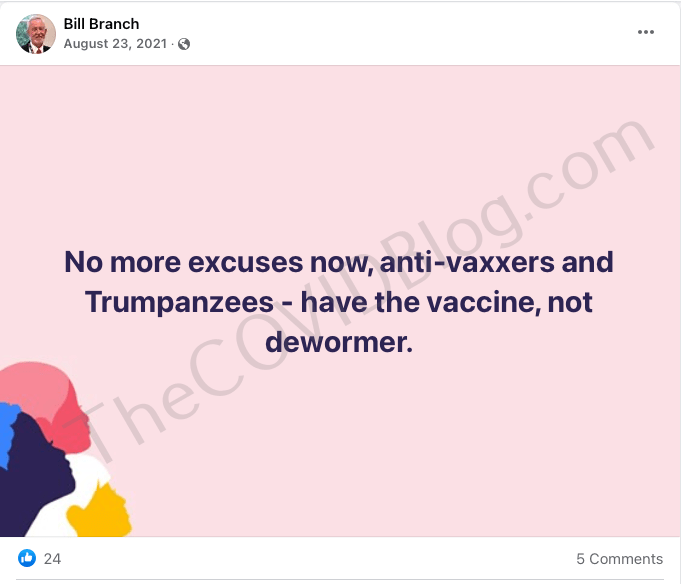 Mr. Branch implied on September 15 that kids today should get mRNA injections because kids got polio vaccines in 1954. 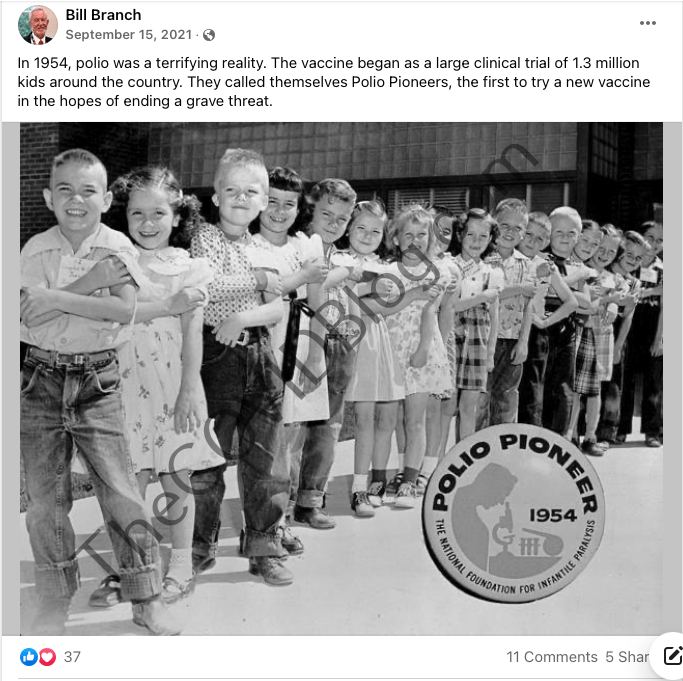 Mr. Branch went to a Kroger pharmacy and asked about Moderna booster shots on October 21. They told him to come back in a week.

It was actually two weeks later when he received his Moderna mRNA booster injection on November 5. 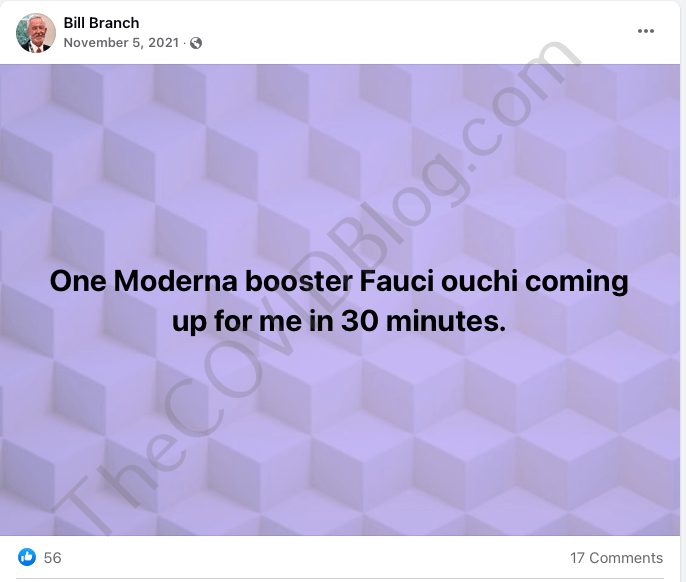 Mr. Branch turned 70 years old on November 30. He expressed gratefulness for everything he’s seen and experienced in his time on Earth. “I hope there are many more years for me and you,” he said. 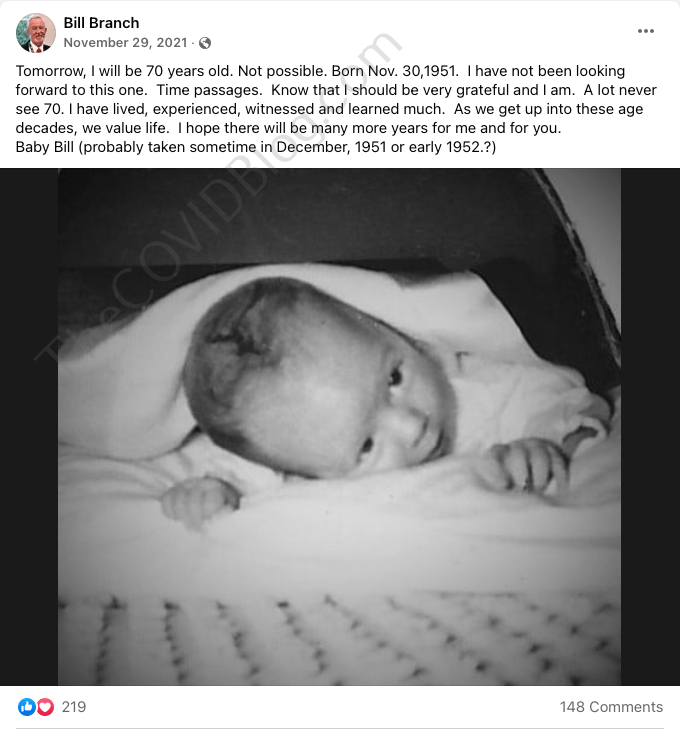 Mr. Branch wrote on December 12, “I have been sick for quite a while.” But he kept to himself until this day. Mr. Branch provided no further details, and simply asked for prayers.

Mr. Branch posted another update about his health on December 21. He’d “been sick for two months,” pretty much ever since he received the booster. He almost blamed COVID-19 before revealing he’s getting an ultrasound and colonoscopy in the coming days.

His next update came on January 4. Mr. Branch was getting “11 pounds of fluid drained from his abdomen” that had been there since December 8. He said the fluid came from his liver. Mr. Branch was also having an echocardiogram the same day. It is essentially a test for pericarditis, myocarditis and other heart issues.

The last Facebook post from Mr. Branch came on January 5 from Baptist Memorial Hospital in Memphis. He simply reported that the fluid removal was successful and not too painful. Several of his friends asked for updates on his health in the comments. But there was no further communication from Mr. Branch.

He passed away at his home on January 20. Funeral services are at Calgary Episcopal Church this Saturday, January 29.