Basketball star Stevan Jelovac has died of a stroke after collapsing during training. He was 32. 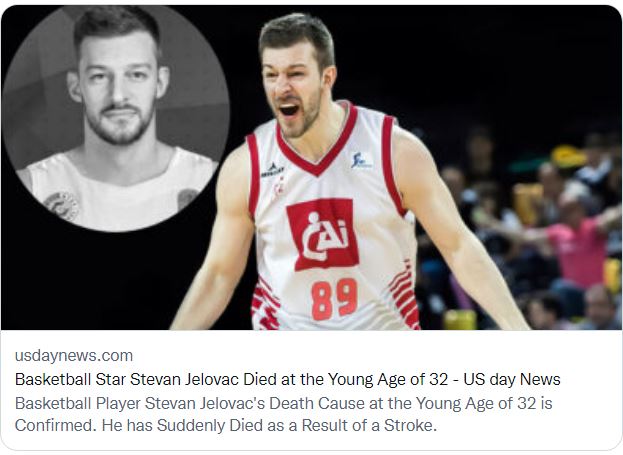 Basketball Star Stevan Jelovac Died at the Young Age of 32

We are sad to announce that the Serbian national basketball team member Stevan Jelovac’s death news has been released. He was AEK’s first team player who fainted during individual practice on November 14, died on Sunday, December 5, 2021, at the young age of 32.

Jelovac was seriously unwell and hospitalized at Μetropolitan General in Athens since suffering a stroke. He was treated and transferred to the hospital, but unfortunately, he did not survive. Stevan Jelovac’s death news was confirmed by the Athens club for which Jelovac played.

AEK announced itself a few days after the stroke, noting that the condition of the Serbian player is stable but still critical. Unfortunately, the situation became even more complicated, which resulted in a tragic epilogue. A few days ago, he was transferred to Serbia, at the request of his family.

After an ankle injury forcing him to the sidelines the previous two weeks, he had continued workouts aiming to return to action. 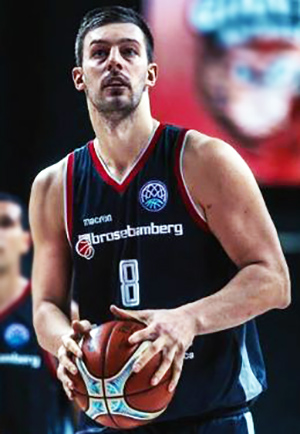 Jelovac arrived at AEK this summer after a season spent in Japan. In his career, he also played for Mega Mozzart, Red Star, Antalya, Caserta, Ritas, Zaragoza, Nizhny, Bamberg, Gaziantep.

He played in Germany, Russia, Spain, Turkey, Lithuania, Italy, and Japan after opting to extend his career beyond his home country, Serbia, before joining the AEK. He went from Mega and Crvena Zvezda to Antalya, Caserta, Rytas, Zaragoza, Nizhny Novgorod, Brose Bamberg, and Gaziantep, and from Europe to Japan and NeoPhoenix.

He made his debut for the Serbian national team at the age of 28 and had a very notable role in the qualifications for the 2019 World Cup.

His career featured 41 appearances in the 7DAYS EuroCup, 28 in the Basketball Champions League, 13 in the Turkish Airlines EuroLeague, and 16 in the FIBA Europe Cup. He was also capped at the superior level with Serbia during the 2019 FIBA World Cup Qualifiers.

You can read about Footballer Marvin Morgan’s Cause of Death and other celebrities’ life and career till death in the celebrity death section.

One wrote: “A deep sorrow for the loss of Stefan Gelovac. We are all devastated by the loss of a young person. We express our sincere condolences to his family and the family of @aekbcgr. Our thoughts are with them.”

A fan tweeted: “Sadness, pain, and emptiness … the only three things I feel now. The soul of one great athlete, one great fighter, and one great man has left us … Rest in peace in the kingdom of heaven. Forever one of us … STEVAN JELOVAC”

Please kindly scroll down and use the comment box to share your feelings about the heartbreaking news for tributes and prayers. Please keep in mind that the family needs privacy; please respect them during this difficult time.