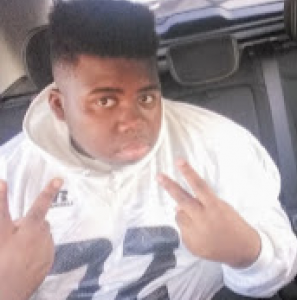 MEMPHIS — A 16-year-old high school football player is dead; and mainstream media are doing their best to blame “COVID-19.”

Mr. Azorean Tatum returned to Westwood High School in Memphis, Tennessee for his junior year on Monday, August 9 – the first day of school. Four days later, Friday, August 13, Azorean, who goes by “Zo,” suddenly collapsed at school. He called his mom, crying and barely able to breath. Azorean told her something was seriously wrong. He couldn’t stand up or walk on his own. Paramedics rushed him to Baptist Children’s Hospital.

Ms. Quintina Buckner, Azorean’s mother, told WREG News Channel 3 in Memphis, that doctors diagnosed her son with “COVID-19.” The Commercial Appeal reported that Azorean spent two days in the hospital before being released and “quarantined.” There are no reports of tests (CT scans, EKG, etc.) being performed on Azorean, except COVID-19 tests.  The young man’s condition rapidly deteriorated when he got home. Ms. Buckner gave him Tylenol, vitamins, fluids and whatever else, but nothing helped.

Azorean was taken to Le Bonheur Children’s Hospital on Friday, August 20. But by then it was too late. Young Azorean passed away at the hospital on Saturday, August 21.

This story is perhaps the most blatant case of deliberate indifference and manipulation by the mainstream medicine and media, respectively, so far on this blog. Ms. Buckner said Azorean was at school, like normal Monday through Thursday.

“He wasn’t wheezing, he wasn’t coughing, he was just happy-go-lucky. He was at school for three days, and he just drastically got sick. It’s unbelievable.”

But somehow, trained medical professionals chalked up a 16-year-old kid collapsing and being unable to breathe as “COVID-19.” Ms. Buckner made clear that Azorean received the first dose of Pfizer (Comirnaty) mRNA right before school started. But both mainstream media and apparently all the doctors involved ignored this very important fact.

The following report on Fox 13 in Memphis reads like it was written by the Centers for Disease Control, which does in fact have a multi-million dollar video production studio on its campus. Fox 13 quickly glossed over the fact that the young man had recently been injected and made this some doom and gloom COVID-19 death story.

Fox 13 revealed its hand in the printed version of the story when they misspelled Azorean’s name. 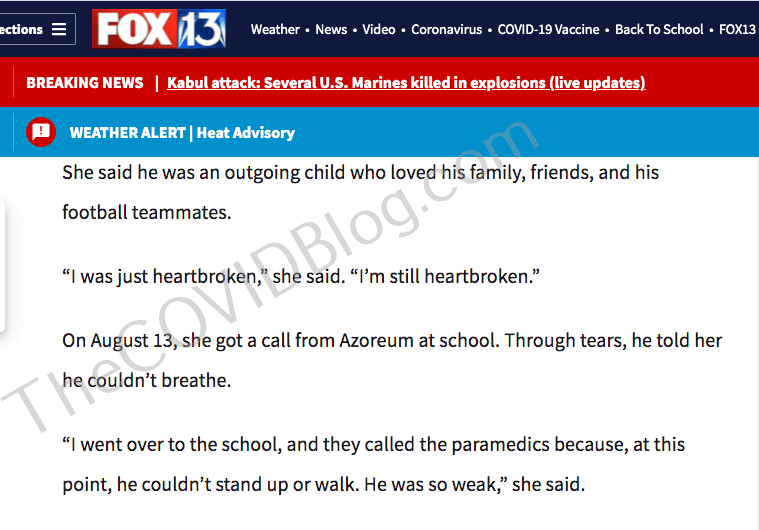 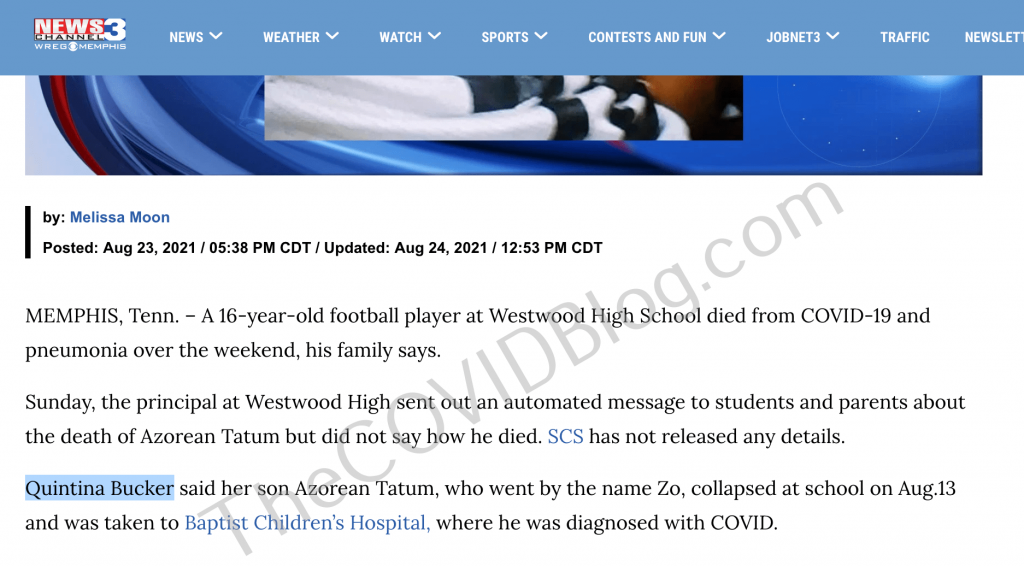 But the foregoing isn’t even the worst part. WREG reported in its story, “Despite what happened to her son, [Ms. Buckner] is encouraging everyone to get fully vaccinated.” She did not say those words anywhere in the Fox 13 story or the WREG story. They simply conjured it up and printed it. Granted we don’t expect Ms. Buckner to say anything about it. So we will.