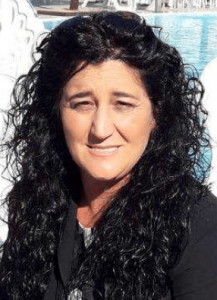 VERZINO, CALABRIA — A 49-year-old mother of three and agricultural entrepreneur is dead as Italian prosecutors open yet another phony “manslaughter investigation.”

Ms. Anna Biafora received the first experimental AstraZeneca injection at a Crotone Red Cross Center on May 30, according to Gazzetta Del Sud – Catanzaro. She went to the San Giovanni di Dio emergency room on June 7 complaining of severe stomach pain. Doctor discharged her 15 hours later with some Pepto Bismol and a gastritis diagnosis. But Ms. Biafora knew there was something seriously wrong with her.

She returned to the emergency room the following day. Doctors admitted her to the civil hospital and ran a battery of tests. They found several blood clots in her intestinal arteries. The blockages led to intestinal ischemia and infarction. In other words, large amounts of intestinal tissue was suffocated to death, placing Ms. Biafora in a life-threatening condition.

Doctors transferred her to the intensive care unit (ICU) and performed several “interventions,” according to media reports. It’s unclear if she received emergency surgery. But the interventions caused her condition to deteriorate further. Ms. Biafora remained in ICU for 19 days until she passed away on Monday, June 27.

Italy, by far, leads the world in prosecutorial theater related to “vaccine” deaths and adverse reactions. We’ve frankly lost count of the number of times Italian prosecutors opened “manslaughter investigations” against doctors and others after someone dies from experimental AstraZeneca and Pfizer injections. Nobody has been held accountable thus far as a result of these prosecutions. But at least they are consistent in their acts.

Crotone Deputy Prosecutor Pasquale Festa opened a manslaughter investigation after the Biafora family filed a complaint. They believe doctors acted negligently and/or deliberately indifferent by discharging Ms. Biafora the first time she went to the emergency room. The case was also reported to the Italian Medicines Agency (AIFA).

Meanwhile Festa ordered an autopsy that was completed on July 5. However the results will not be known until October.