VAERS data released Friday by the Centers for Disease Control and Prevention included a total of 1,205,755 reports of adverse events from all age groups following COVID vaccines, including 26,396 deaths and 214,521 serious injuries between Dec. 14, 2020, and March 25, 2022.

The Centers for Disease Control and Prevention (CDC) today released new data showing a total of 1,205,755 reports of adverse events following COVID vaccines were submitted between Dec. 14, 2020, and March 25, 2022, to the Vaccine Adverse Event Reporting System (VAERS). VAERS is the primary government-funded system for reporting adverse vaccine reactions in the U.S.

The data included a total of 26,396 reports of deaths — an increase of 337 over the previous week — and 214,521 of serious injuries, including deaths, during the same time period — up 2,937 compared with the previous week. 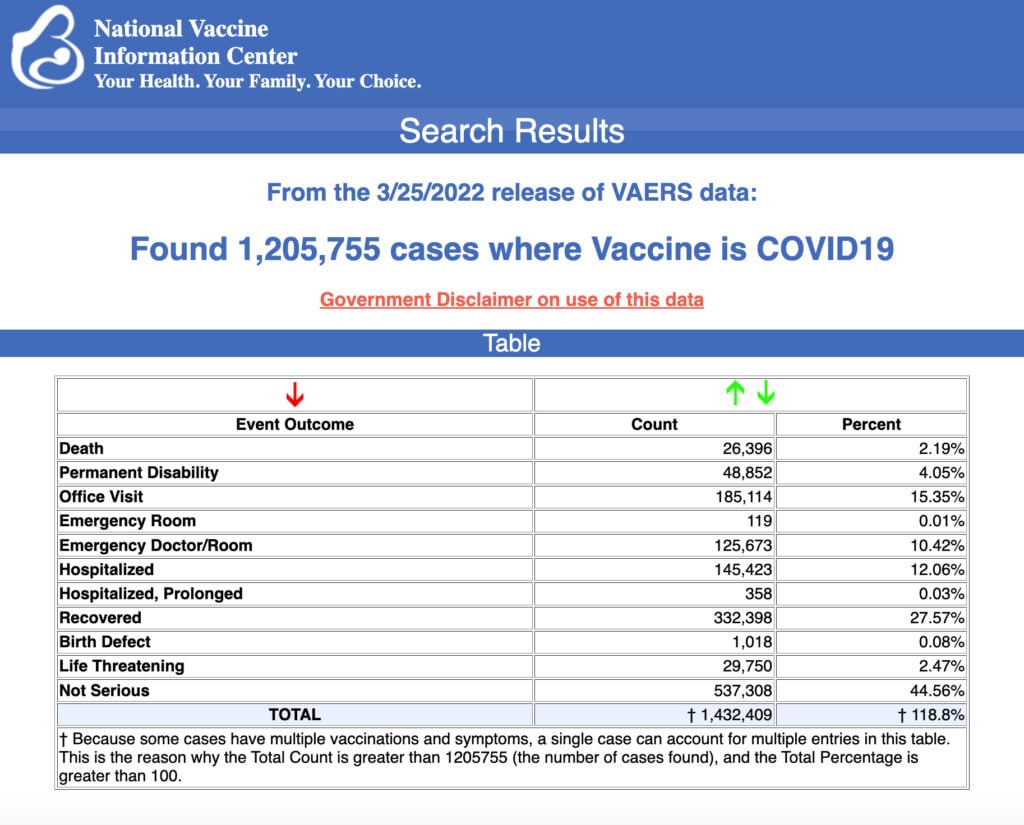 Every Friday, VAERS publishes vaccine injury reports received as of a specified date. Reports submitted to VAERS require further investigation before a causal relationship can be confirmed.

Historically, VAERS has been shown to report only 1% of actual vaccine adverse events.

In an exclusive interview with The Defender, Richard Sprague said his wife, Jennifer, developed Creutzfeldt-Jakob Disease (CJD) after her second Pfizer shot and died within five months of the second dose.

Jennifer, a healthy 60-year-old woman from Missouri, experienced her first “event she couldn’t explain” four days after receiving the second Pfizer dose. Over the following weeks, her symptoms worsened until she could no longer work, pour coffee or walk without assistance.

Jennifer was later hospitalized and diagnosed with CJD, a fatal prion disease that causes degeneration of the brain. Her health rapidly deteriorated until she could no longer sit up on her own or communicate.

When Jennifer’s insurance would no longer cover her injury, she was placed on hospice and sent home. She died Feb. 21.

Sprague, who remains unvaccinated, encouraged others to avoid COVID vaccines unless they have full knowledge of potential adverse events and an understanding that the vaccine is experimental.

A new peer-reviewed study published March 25 in the Journal of Pediatrics showed more than two-thirds of adolescents with COVID vaccine-related myopericarditis had persistent heart abnormalities months after their initial diagnosis — raising concerns for potential long-term effects.

Researchers at Seattle Children’s Hospital reviewed cases that occurred between April 1, 2021, and Jan. 7, 2022, of patients younger than 18 who presented to the hospital with chest pain and an elevated serum troponin level within one week of receiving a second dose of Pfizer’s vaccine.

While 35 patients fit the criteria, 19 were excluded for various reasons. Cardiac magnetic resonance imaging (MRI) of the remaining 16 patients was performed three to eight months after they were first examined.

The MRIs showed 11 had persistent abnormal findings and late gadolinium enhancement (LGE), although levels were lower than in previous months.

According to the study, “The presence of LGE is an indicator of cardiac injury and fibrosis and has been strongly associated with worse prognosis in patients with classical acute myocarditis.”

Pfizer’s COVID vaccine showed “reduced effectiveness” against the Omicron variant among children 12 and older, according to a study published Wednesday in The New England Journal of Medicine.

The study, funded by the CDC, involved 1,185 patients, 88% of whom were unvaccinated.

During the “Delta-predominant period” (July 1 to Dec. 18, 2021), researchers reported vaccine effectiveness against hospitalization for COVID among adolescents 12 to 18 years old was 93% two to 22 weeks after vaccination.

During the “Omicron-predominant period” (Dec. 19, 2021, to Feb. 17), among adolescents in the same age group, vaccine effectiveness fell to 40% against hospitalization for COVID, 79% against critical COVID and 20% against noncritical COVID. This group’s median interval since vaccination was 162 days.

The study did not assess effectiveness of Pfizer’s COVID vaccine against the BA.2 Omicron sub-variant, which is now the most dominant strain in the U.S.

News Wednesday that actor Bruce Willis was diagnosed with aphasia, requiring him to “step away” from his career, cast a spotlight on the incurable neurological disorder, which has also been linked to COVID-19 and COVID vaccines.

According to the National Institute of Deafness and Other Communication Disorders, aphasia is a disorder that results from damage to areas of the brain responsible for language.

The condition often occurs suddenly, but frequently follows a stroke or head injury, or could occur as a result of a brain tumor or progressive neurological disease.

Although The Defender found no evidence Willis’ diagnosis is linked to either COVID or COVID vaccines, reports of aphasia following the vaccine continue to pile up in VAERS.

In 2019, there were only 52 cases of aphasia reported to VAERS for all vaccines combined.

Moderna weighing vax for kids under 6

Moderna last week said it will seek Emergency Use Authorization (EUA) for its COVID-19 pediatric vaccine, after announcing its two-dose regimen reduced cases of symptomatic disease by 43.7% in children 6 months to 2 years old and by 35.7% in children ages 2 to 6.

The company said its Phase 2/3 KidCOVE study of its mRNA-1273 in children “successfully met its primary endpoint.”

However, as Politico reported Wednesday, and as experts told The Defender, some doctors and scientists question whether Moderna’s clinical trial data will be sufficient for the U.S. Food and Drug Administration (FDA) to grant EUA for the vaccine.

“Given the other data that surrounds it, I don’t know that it’s a slam dunk that the FDA will move forward in terms of releasing it for emergency use,” Peter Hotez, professor of pediatrics and molecular virology and microbiology at the Baylor College of Medicine, told Politico.

“We’re still learning about the relationship between virus-neutralizing antibodies and effectiveness,” Hotez said, adding the FDA might need to raise its standards.

Multiple experts also raised questions about the risk-benefit ratio of the COVID vaccines for an age group with a statistically insignificant risk of severe illness. 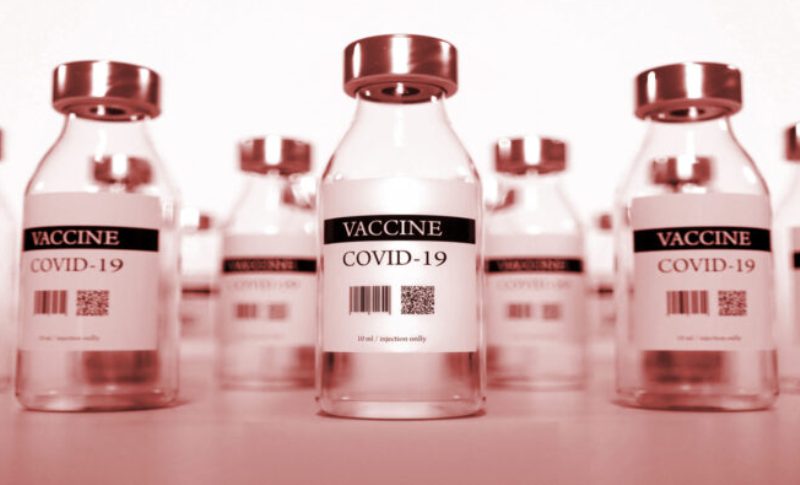