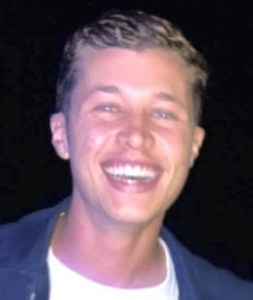 SÉTE, HÉRAULT — A 22-year-old man is dead, and authorities appear to be blaming food allergies.

Mr. Maxime Beltra received the first dose of experimental Pfizer mRNA on Monday, July 26 at around 2 p.m. local time, according to a video by his father, Frédéric Beltra. The image of the EU Digital COVID certificate is a bit hard to read because it’s a screenshot from a video. But you can clearly see Maxime’s name on the top right and the date on the bottom right. 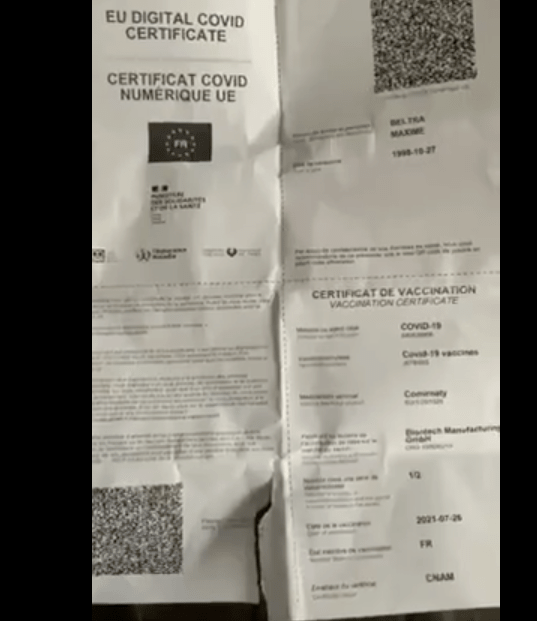 La Chaîne Info (LCI) reported that Maxime went to a restaurant with friends after receiving the injection. Maxime’s sister called Frédéric at 10 p.m. and told him that Maxime was suffering a “violent” allergic reaction of some sort. Paramedics tried saving Maxime, to no avail. He passed away at 11 p.m., nine hours after the Pfizer injection.

Parts of Frédéric’s video have been (crudely) translated from French to English. Note, anyone reading this who can speak French and English can please listen and post a full translation in the comments. Here is part of what Frédéric is saying:

Maxime just wanted to live. He was my only son and he died, killed by a shit vaccine that was never validated or properly tested, only nine hours after injection, under the horrified look of carers who have nothing to curb the consequences of the violent anaphylactic shock that killed him. He had to get vaccinated so he could go on vacation to Greece, with his friend.
It is criminal to put on the market vaccines which have not been certified, which have not been verified, which kill 22-year-old young people in great shape with a kind of corruption to vomit from our elites. For a virus that kills less than 1% of the population, we are in the process of vaccinating all of humanity with treatments that have never been thoroughly examined and whose side effects we do not know

The full video, originally shared on Twitter by a French journalist, is embedded below.

A Montpellier prosecutor told Agence France-Presse (AFP) that an investigation is open. But the prosecutor already concluded that it is “unrealistic” to believe an autopsy will prove that the Pfizer mRNA injection killed Maxime.

The prosecutor’s office also said “it is known” that Maxime ate a food that he was allergic too that day. Doctors told the Le Figaro newspaper that it is “highly unlikely” that the Pfizer injection caused his death.

CheckNews contacted Frédéric a few days later. Despite his initial anger, he took a much softer approach in the interview.

I am not anti-vaccine‚ I do not subscribe to this debate. My approach is republican. I believe in the police and the justice system. I just want to know what happened. Maybe the my son’s death may be of use to other families. If we can prevent this from happening to another child

Maxime apparently worked at a local brewery that paid tribute to him the day after his death. 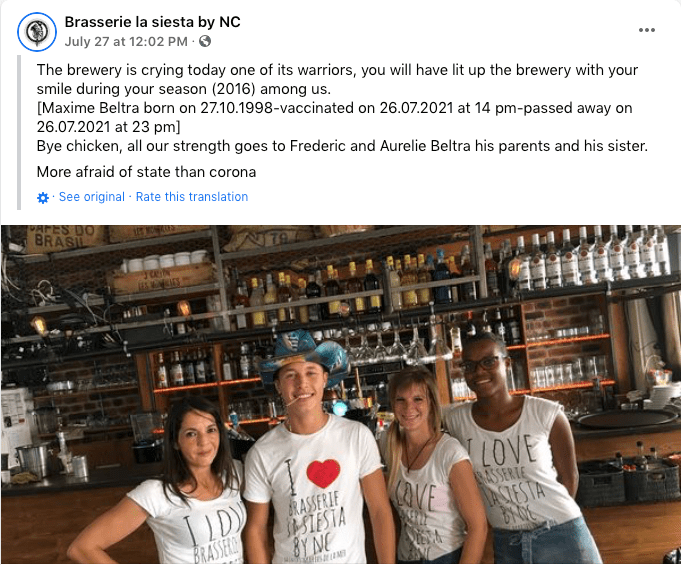 PrevPreviousMonkeypox, yet Another Pandemic Exercise Being Played Out With Estimated 250 Million Dead – Coincidentally About the Expected Mortality From the C0VID Jabs of 5% of 5 Billion Vaxxinated
NextCanada Jab Injuries – Erin – From Ontario, CanadaNext