Joshua Yoder, an airline pilot and co-founder of the U.S. Freedom Flyers said during an interview Wednesday that a cardiologist told him that if the airlines were conducting certain health screenings, 30 percent of the pilots currently flying would probably be disqualified due to vaccine-induced heart conditions.

Yoder told tech millionaire andVaccine Safety Research Foundation founder Steve Kirsch that his group has received hundreds of reports about pilots flying planes while suffering from adverse side effects from the COVID vaccines.

The most prominent health issues being reported, the pilot noted, include chest pains, myocarditis, and pericarditis. Yoder said that three vaccinated pilot called him yesterday and said that they’re “currently flying with chest pains,” and another one said he is being treated by a cardiologist. He noted that the pilots want to remain anonymous because they don’t want to lose their jobs.

Yoder said the U.S. Freedom Flyers would like to find a solution for these pilots, and work with doctors, the Federal Aviation Administration (FAA), airlines, and unions to come up with a protocol so they have “some kind of immunity” that would allow the pilots to talk openly about what is happening to them.

“I’m afraid if we keep going down this path, at some point it’s going to end in catastrophe,” he said.

“If passengers actually knew what was going on at the airlines and the FAA, they would be livid, and everyone would be jumping on a class action suit against all of them,” he said.

Yoder said that world renowned cardiologist Dr. Peter McCullough told him that if the pilots were regularly tested, a significant number of them would probably have to be grounded.

“He [McCullough] said that if every vaccinated pilot were to be screened, there would be somewhere around a 30 percent loss in manpower,” Yoder told Kirsch.

The doctors warned that adverse events from vaccination could cause “a pilot (to lose) control of his aircraft” and lead to “untold devastation.”

As American Greatness reported on Wednesday, an American Airlines pilot recently suffered a cardiac arrest six minutes after landing his airbus at the Dallas-Fort Worth airport.

Captain Robert Snow nearly died when his heart stopped on April 9, according to Yoder. “They had to shock him three times with the AED [automated external defibrillator] to bring him back,” he said.

Yoder noted that Snow was taken to Baylor, Scott and White Health Center, which is only ten minutes from both American Airlines, and the union (the Allied Pilots Association), yet no one from the airline or union called Snow while he was in the hospital, or stopped by to visit him. The only thing the airline did was fly his family to the hospital to meet with him.

Snow called the U.S. Freedom Fliers for help, and the group assembled a “world-class” team of doctors and lawyers to assist him. Snow is now recuperating at home, Yoder said.

Yoder acknowledged that it is pretty clear that Snow’s cardiac arrest was caused by the Johnson and Johnson vaccine, but the pilot has been undergoing a series of tests to confirm it.

Yoder told Kirsch that the airline industry does not seem to want to deal with the potentially dangerous incident.

“American Airlines is trying to create as much distance between themselves and this incident as humanely possible,” he said. “So is the FAA, and so are the unions. We can’t even get a response.”

Yoder said that Snow would be speaking out soon, and when he does “you’re going to hear some very interesting details that are going to be very damning for American Airlines, the Allied Pilots Association, the FAA, and everyone else involved.”

Yoder also mentioned two other pilots who have bravely come forward to talk about their vaccine injuries.

Pilot Greg Pierson has spoken out against the COVID vaccines ever since he suffered a stroke after getting the jab under duress, last year. Pierson said during an interview last December that if he had had his stroke while piloting a plane, he could have caused a crash.

Cody Flint was an agricultural pilot up until he was vaccinated in February of 2021. A couple of days after his jab, he suffered a mid-flight blackout, landing safely only “by the grace of God,” he says.

Flint was diagnosed with a neurological disorder that caused him to have severe headaches and vertigo.

Since then, his career has collapsed, he’s had multiple surgeries and countless doctor visits. And so far, nobody responsible for vaccine development or roll out has been willing to talk to him, or others like him. 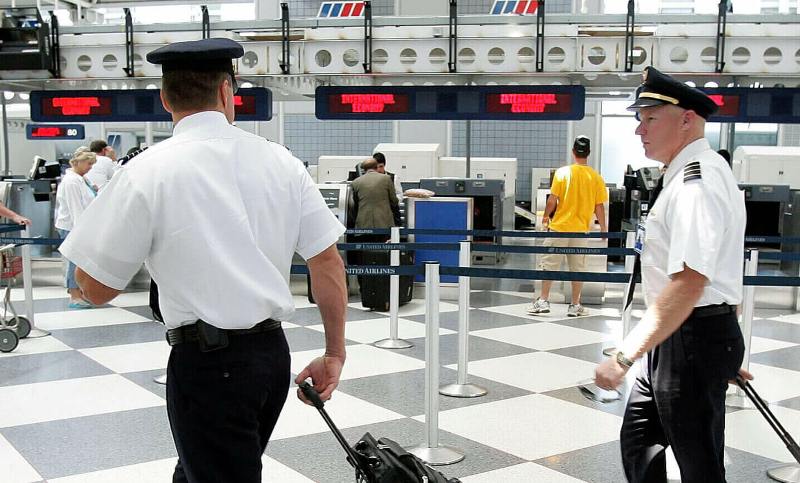