From the beginning, vaccines during pregnancy and breastfeeding have been a really, really bad idea. Not just the Covid injections, but ALL vaccines. None of them has been scientifically tested for safety and efficacy and increases in miscarriages, fertility issues and congenital malformations have been the (unacknowledged) outcome.

The use of experimental untested and ineffective Covid injections during pregnancy however is the ultimate insult to the safety of pregnant women and their precious infants.

The UK Government’s latest advice however warns against the use of Pfizer during pregnancy and breastfeeding – after telling women that it was perfectly safe for nearly 2 years.

It also applies to the image Prof. Fenton shared which is a combination of two screenshots taken from the UK government website.  If you click on the image to view it on full screen you get a warning. And if you attempt to “like” the image, another warning.  Why can’t you even like the image?  Twitter gives their answer “because the behaviour violates the Twitter Rules.” Interesting …

The relevant text from the above paragraph, which Prof. Fenton can confirm is certainly in the document at the end of Section 3.4, is:

In the context of supply under Regulation 174, it is considered that sufficient reassurance of safe use of the vaccine in pregnant women cannot be provided at the present time.

Women who are breastfeeding should also not be vaccinated.

“The document has not in fact been recently updated,” Prof. Fenton noted, “apparently the Wayback Machine shows no changes since March 2021. However, this would make things even worse as it means that the Government officials and the NHS have been recommending pregnant women get the vaccine against the official Government document advice.”

Now compare what we know from above with what Sajid Javid, and many other Government and NHS officials, have been saying

Sajid Javid joined Twitter in February 2009.  However, it seems at the time of writing this article his Twitter profile has been purged. The earliest tweet, or more accurately a retweet, on his profile, is dated 5 February this year.  However, Prof. Norman Fenton has captured a screenshot of a tweet by Javid in November 2021.

Prof. Fenton noted that this all also raises further alarms about the BBC who, in its documentary Unvaccinated had Professor Asma Khalil stating the vaccine was not only safe and effective for all pregnant women but that it “reduced the risk of miscarriage by 15%.”

Viki Male – one of the staunchest advocates for vaccinating pregnant women – has responded to Prof. Fenton by arguing that there is no contradiction because the Summary of the Public Assessment Report refers only to the Pfizer report and does not take account of new UK data. Prof. Fenton wrote:

“When I asked her to confirm when the crucial changes were made to the Summary Report she referred me to this link: https://www.gov.uk/government/publications/regulatory-approval-of-pfizer-biontech-vaccine-for-covid-19#full-publication-update-history

“This list of updates does not include the crucial “Toxicity Conclusions” paragraph. However, the very existence of this update list introduces new confusion. Why does the Wayback Machine insist that the document has never been changed?”

Since then, a retired healthcare professional forwarded Prof. Fenton a copy of one of the documents issued to UK health professionals in December 2020. The highlights in the text are those of the person who sent it. Section 4.6 on “Fertility, pregnancy and lactation” states the following:

It is unknown whether COVID-19 mRNA Vaccine BNT162b2 has an impact on fertility. 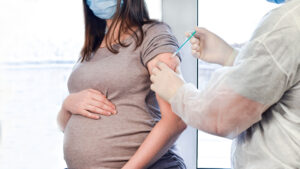