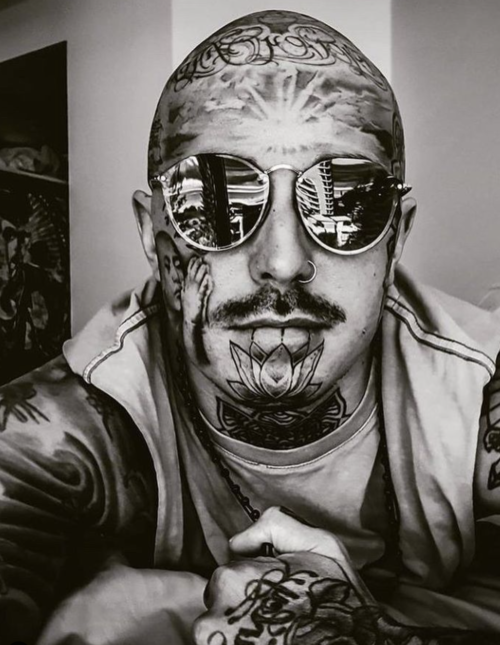 I’m thirty-five years old and previous to the vaccine, I was actively running my own photography business and going to the gym five days a week. I was extremely fit and health and never had any health issues whatsoever.

I got the vaccine not because I wanted it but because I have two nieces and a nephew in Victoria that re my life and the only way I was able to see them was to comply with the mandates.

On December 23rd 2021, I got the Pfizer vaccine. I had no reaction at all until I had my second on January 24th 2022. Immediately, I just started feeling tired.

Three days after, that night, I went to bed. My partner woke up to me making strange humming noises and within minutes, I started flinching and then from zero to one hundred, went straight to convulsions and a paralysis like state where I couldn’t move or talk but I could hear everything that was going on.

I thought I was having a stroke because I had pins and needles throughout my entire body, which then turned into not being able to feel my limbs. Everything was numb. It was about fifteen minutes into the seizure when my partner noticed that I was starting to stop breathing and she made the call to the ambulance. It took them about fifteen minutes to get to me and I was still having a seizure by the time they arrived.

When they got to me, was in and out of consciousness. My eyes were flickering and rolling into the back of my head. I couldn’t talk or move or breath properly at only three breaths per minute but I could hear pats of the conversations around me between the medics and my partner. The paramedics treated me like absolute garbage. They were telling me to wake up and to open my eyes and pushing me in my chest. They gave me oxygen and then told me to get up and walk even though I was still mid-seizure. I was able to get the words out that I had just had the vaccine and the paramedic responded: “Typical. Everyone blaming it on the vaccine.”

On the way to the hospital in the ambulance, I regained a little more consciousness. I couldn’t open my eyes but I was able to communicate that my limbs were still numb. The paramedic next to me told me that I was doing this to myself by starving my brain of oxygen. They wouldn’t acknowledge that I was having a seizure and persistently made me feel like I was faking it even though I was struggling to stay alive.

When we arrived at the hospital, they wheeled me off the ambulance and left me in a stretcher placed in one of the corridors. The timeline and the events that occurred are all a bit of a blur because of the state I was in but a doctor came to see me. While he was with me, I started having another seizure. My eyes started flickering again and the paralysis came on. I was still able to hear him and he said to me: “What are you doing, mate? You’re fine and there’s nothing wrong with you. Just wake up.” The nurse next to him said: “This is getting awkward. You haven’t said anything for half an hour.” The gave me a bit of oxygen and left me.

It would’ve been about another thirty minutes and I started coming back to myself. I was still really disorientated and I as able to kind of move my limbs and get the blood flowing again but because they had strapped me down in the stretcher, I had to ask them to let me go to the toilet. Within half an hour, I was feeling okay-ish and they placed me in a chair to be monitored for the next thirty minutes before they discharged me.

When they discharged me, it was with absolutely nothing and I still to this day have not been able to get anything from them on paper because there is just nothing there.

I caught an Uber home by myself at 8am. I was exhausted so all I wanted to do was go to sleep. As soon as I lay down, I went straight into another seizure. It didn’t last long — only between three to four minutes but then I had another one three hours after that and then continued on to me having at least eight seizures over the next couple of days. Some of which were quite severe and only two minutes in between which is considered an emergency but because of how I was treated by the medical system, I just couldn’t bring myself to go back to them.

I went to my local GP and I had a minor seizure in front of him. He said I need to go and get an MRI and a CT scan right away. He was blown away that the hospital wouldn’t do that to me. I had my MRI and CT scan. They found five cysts on my brain, carbon monoxide poisoning, whitening on the T1 and T2 and due to the lack of oxygen and not getting the right treatment, found I had some brain damage.

Since the results coming through and many struggles to find someone, I finally got in to see a neurologist who dismissed me for saying the word seizure and wouldn’t give me a straight answer, only a diagnosis that literally says: “the patient has funny term” and sent me on my way with valium.

I got into a second neurologist has since called me back saying he wants to discuss something seen on the MRI. I’m still yet to find out and this is where I am currently.

At the moment, I’m constantly twitching. I have an IQ of 142 but on a bad day, I can’t even string a sentence together. I have short term memory loss not being able to remember where I Put things or what I have said or done ten minutes ago. I’m having seizures every night and it could be up to two seizures a night. The paralysis is getting worse by the day and is local to the left side of my body, which is the side I received the vaccine.

Lately, I have been forgetting how to breathe, a rash resembling welts appeared all over my back, I’m now experiencing tightness of the chest and heart palpitations. Poor circulation, yellow skin, I’m eating but I’ve lost fifteen kilos and all my strength with it. I’m exhausted quickly, fatigued all the time, my anxiety is through the roof, and I’m scared to sleep out of fear of dying.