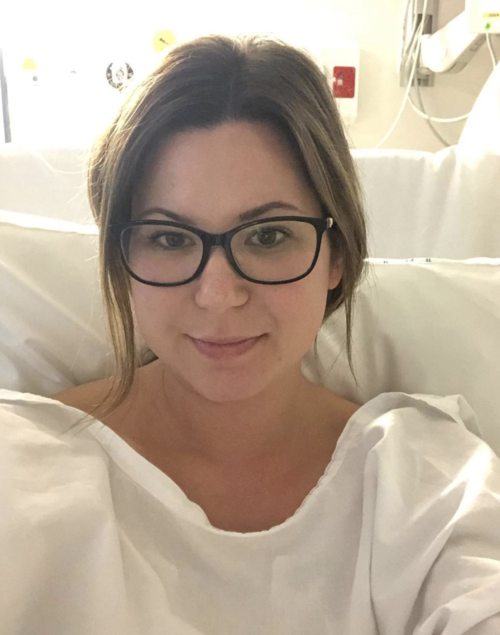 I am a healthy twenty-seven year old. I had recently been putting my health and fitness first and was feeling fantastic. I was absolutely against getting the vaccine. However, I buckled under the pressure of society and certain family members.

On January 11th 2021, I had my first Pfizer jab. Nothing out of the ordinary to begin with but a sore arm. Three days later, I noticed some pain in my back. It felt like a severely pulled muscle in my left shoulder blade so I just thought I’d injured myself somewhat but was perplex as to how. As the week went on, the pain increased. The pain was now in my chest. I was having sharp pain behind my breastbone and to the left. When I would lay down, the pain became noticeably worse and if I lay on my back, it felt like pressure pushing down.

Even though I was aware the vaccine could cause chest pain, I kept trying to find other explanations for what I was feeling. By this point, I was thinking anxiety, acid reflux, trapped gas etc. With each passing day, I was becoming more suspicious. After just over a week, I was starting to develop new symptoms. In addition to the chest and back pain, I was now having episodes of tachycardia (180bpm resting), pre-syncopal episodes (dizziness), the feeling of a pounding heart, and periods of shortness of breath.

My husband is FIFO and we have two toddlers so unfortunately, I can’t just drop everything to go to the hospital. On day fourteen, he flew home. As soon as he got home, I asked I’m to take me to the hospital. On arrival at emergency, my heart was absolutely pounding out of my chest. I thought I was having a heart attack. My resting heart rate at this point was 170bpm so they brought out a wheelchair and took me straight through.

I was immediately hooked up to an ECG and had my blood pressure taken. Three rounds of blood were taken along with a bunch fo questions. While I was hooked up to the CG, I had roughly seven palpitations, which were captured and the cardiologist wasn’t happy with what she saw. I went for an x-ray and while I was there, my bloods came back. I was d-dimer positive so they were starting to suspect a blood clot. So, I was then sent to have a contrast CT. That came back clear so I was admitted to the Coronary Care Unit where I was told that I had vaccine induced pericarditis. The following day, I was given a bedside echocardiogram and discharged with a care plan.

The care plan consists of strict bed rest for two weeks, ibuprofen three times a day, and a follow up a appointment with the consultant cardiologist in a few weeks for a full echocardiogram. As I mentioned earlier, I have two active toddlers and. FIFO husband. Bed rest is near impossible. I was advised by the cardiologist not to get the second jab. So, now I’m in the process of jumping through hoops to get an exemption.

I’m still recovering, so I’m not sure what life will look like for me going forward but at this moment, any activity is difficult and leaves me short of breath. Also, due to the medication, I’m very drowsy and spend most of the day sleeping.

The most frustrating part is reading or seeing everywhere how heart problems associated with the vaccine are so rare! They absolutely aren’t. Every single person I spoke to in the hospital said they are inundated with people coming in with the same thing. It’s absolutely not rare and can have lifelong implications if not treated seriously. People deserve to have all the facts and then make a decision accordingly.