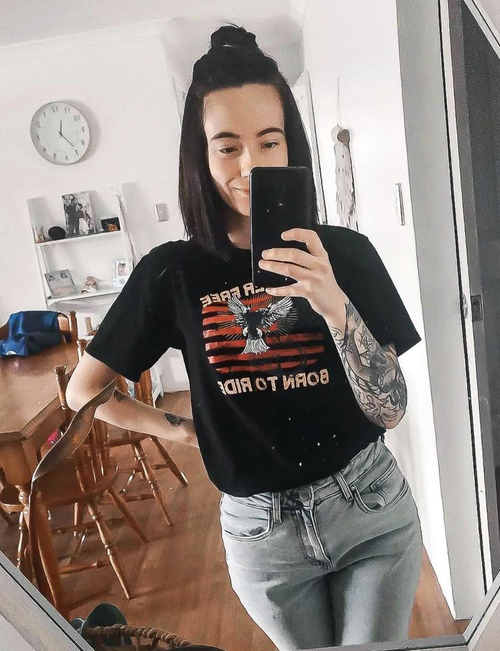 I am twenty-six years old and living in Western Australia. I’m a stay at home mother of three beautiful girls and married to an amazing man.

On January 13th 2022, the announcement was made by Mark McGowan, the WA Premier, that to be able to enter certain locations or places, you will need to be fully vaccinated. To be able to visit my own mother in ICU, I must’ve had at least two of my vaccinations prior to January 31st 2022. Sadly, my mother passed away on January 20th 2022 after fighting terminal lung cancer for six months.

On January 14th 2022, a day after the announcement was made, I decided it was time to give in and get it because not being able to say goodbye to my mother would have ruined me as it would’ve done to many others. As soon as I entered the walk-in clinic in Bunbury, I had a panic attack. The staff did look after me while I was having this panic attack. I decided to get the Pfizer vaccine and I regret it to this day.

After getting the vaccine, my arm was sore for the day and I was a little tied but nothing more.

On January 16th 2022, I noticed tingling through my toes and fingers. I just ignored it as I do suffer anxiety s that can be common for me to a degree.

On January 18th 2022, I woke up over night with a pounding chest. It was a pain that felt like someone had a hold of my heart and was squishing it. I remember having a shower and almost passing out screaming. An ambulance was called by my husband as we thought I was having a heart attack. An ECG was done and my heart actually looked okay but had a nurse tell me I had pericarditis. I was told to have some nurofen and I’ll be right after a few weeks. So I thought: “No worries.”

After my mother passed on January 20th 2022, I noticed my feet were getting tingly but going up my legs and also my arms started getting tingly and my chest pain was the same. The next week was a blur of pain and hospital trips plus another ambulance trip.

This sums up the hospital visits:

January 29th 2022 is when it got scary. I started having tonic seizures from January 29th 2022 to February 1st 2022. I have had eighteen seizures and more to come as this becomes a part of my everyday life. That is what my doctor’s told me. It turns out I don’t have pericarditis, but I actually have FND (functional neurological disorder). They are claiming my mother’s death is the cause, but if you knew me personally, you know where I would stand and how I feel at peace with my mother’s passing and that she is no longer in pain.

I was sent home with sleeping tablets and anti-depressants. I was told to rest up and get the mental health support I needed to recover. This isn’t triggered by anxiety. I wake up in daily pain and spasms, even heart palpitations, to be told it’s nothing more than FND. I honestly don’t know what the future holds for me and my body. I would also like to add I have had to get an exemption from the next vaccine so I’m able to attend my own mother’s funeral/wake thanks to the mandates.