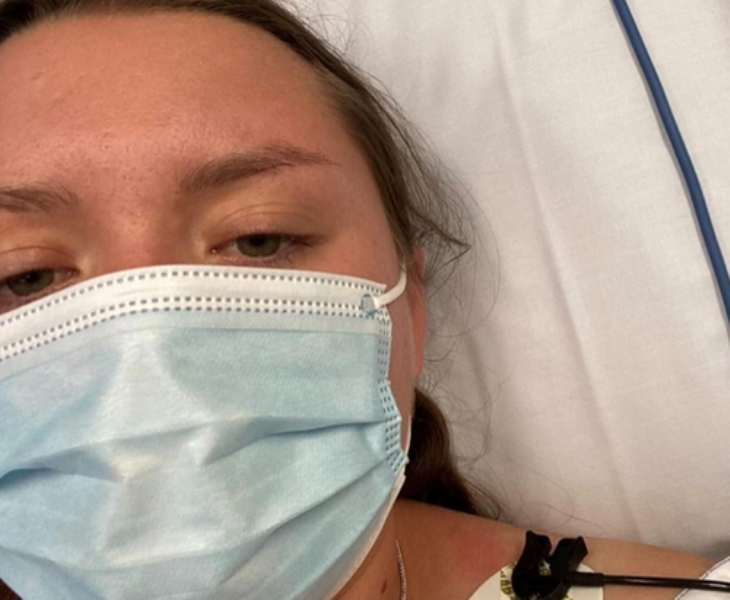 I’m twenty-one year old mother of one and have always been reasonably healthy without any problems prior to the vaccine. Obviously being a mother, I have a lot of running around to do. I also have to work to pay the bills and put food on the table. I didn’t want to get the vaccine but working as a caterer, my work mandated it and I didn’t feel like I had any other option as I’m also going through the process of starting to build my first home.

I had my first Pfizer vaccination on December 19th 2021. I woke up on December 22nd 2021 very unwell. I was vomiting every ten to thirty minutes and I automatically thought gastro. I couldn’t eat, I couldn’t work, and I was extremely dizzy. I had to get my friend to pick up my son as I could not look after my fifteen month old.

At around 3pm that day, I started getting major chest pains. It felt deep, sharp, and it was going from my chest through to my back with a burning sensation. I called health direct but they just told me to go to hospital.

My partner came home from work early and we went to the emergency department as we were getting worried. We spoke to triage and they did the usual checks. After seeing my heart rate resting at 125bpm and fever running temp at 38.7 Celsius, they rushed me in. I spoke to the doctor straight away and he said my heart rate was in the high range. I mentioned I had the vaccine three days prior so they ran an ECG, x-ray, and blood tests. They also put me on a drip as I was dehydrated. After five hours, my fever dropped and so did my heart rate. My results came back normal and he wrote down on my discharge form: “I inflammation reaction post-vaccine” but also said: “I wouldn’t say this was serious enough to not get the second one.”

The day after, I returned to the hospital again. I had shallow breath and a burning sensation down my left arm. I thought I was having a heart attack but when I got there and they ran tests, they all came back fine. They discharged me saying that I’m bruised from the day before.

My chest was bruised for a week and I still suffer from chest pain three and a half weeks on. I am due for my second vaccination even though my work acknowledged my injury. I have tried to get an exemption but I’m unable to without a diagnosed heart condition and I need to work so I have to get it.