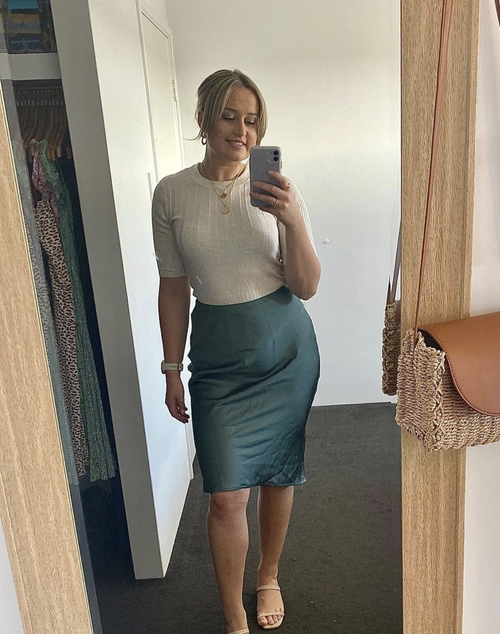 I received my first Pfizer vaccine in May 2021 as it was mandatory for the workplace. To note, I was never for or against the vaccine and I never really thought much of it! I had no notable side effects from my first vaccination.

I had my second Pfizer vaccination in mid June 2021 and again, initially I had absolutely no side effects. About three weeks alter, I began having severe shortness of breath. I ignored this for two weeks before eventually making an appointment to see a doctor at the start of August. This doctor referred me to have some blood tests done and sent me for a chest x-ray but she was not concerned and sent me on my way with some Metamucil as she believed I was constipated and that’s what was causing my shortness of breath. I never heard back from her about my blood test or chest x-ray results.

Two weeks later, I was seeing another doctor for a checkup and I mentioned to her that I was still suffering from shortness of breath. She was convinced that I was suffering from “air hunger,” which was caused by anxiety (I have never been diagnosed with anxiety and I did not have anxiety). I expressed my concerns for my health and asked if I could see a specialist to get further testing done. Eventually, she agreed to refer me me on to a lung specialist and also a cardiologist to have an ECG and echocardiogram. I had a full lung function test done at the end of August 2021, which came back normal.

At the end of September 2021, I had my appointment to have an ECG and echo done. The lady conducting the tests told me that my ECG indicated my T-wave was inverted and my echo indicated that my right ventricular was dilated. I never heard back from the referring doctor about the results.

I was furious at the lack of care and not to mention extremely stressed and confused about the findings! At this point, I hadn’t even considered the fact that I might of had an adverse reaction to the vaccine. I went back to see the doctor and asked why I never got a call about the results. So, that day they booked me in to see another doctor, which I hadn’t seen before, to discuss.

This doctor was extremely dismissive and said that just because my heart is dilated doesn’t mean that’s what would be causing my shortness of breath. He also believed that I was suffering from anxiety. I asked him if I could see a cardiologist about the results but he believed that it wasn’t necessary. I then asked if there was more tests that could be done. So, he did another blood test. Once again, I never received a call from this doctor about the results of this test.

A week later, I had no guidance or support for what was going on with my health so I booked another appointment. During this appointment, the doctor informed me that the results of my previous blood test had come back with an elevated BNP, which is an indication of heart failure. At this point, she was unsure of what to do and I had to request to see a cardiologist to which she agreed. My symptoms were still terrible and my exercise tolerance was dropping more and more each day. I was out of breath having a conversation.

Weeks later, I finally got to see a cardiologist who didn’t really know what to think of all my symptoms and strange test results. He recommended I have a cardiac MRI done to really see what was going on. There was a huge wait list to get the MRI and I was booked in for November 8th 2021, which was about a three to four week wait. During this period, my symptoms were getting worse and I began to experience chest pain, bad fatigue, and not to mention my SOB was getting worse.

I went to see a doctor about my symptoms as they were worsening and once again, I was pushed out the door. He told me that I was overthink it and she nI feel a bad episode coming on, I should go for a run and take some deep breaths! I was speechless and so fed up with the way I had eben treated.  I didn’t trust the healthcare system anymore after this point.

Finally, on November 8th 2021, I had my MRI done. Three days later, the cardiologist rang and said that there was an area of focal myocarditis but he was still very war and said that: “We can’t prove this was from the vaccination.” He never gave me any recommendations to stop exercise or anything! He said: “I can give you perindopril if you want.” As if I was wasting his time. I agreed to try the medication and I took it for a month as directed with absolutely no change to my symptoms.

Ever since, I have been battling the doctors and specialists to stop downplaying my symptoms and possible condition as they were always “reassuring”me that if it is myocarditis, it should go away on its on but it hasn’t! They can’t tell me what’s going to happen if it won’t work. I still struggle every day with SOB, heart attack sensation, chest and arm pain, palpitations, and fatigue. At this point in time, I am awaiting to see an immunologist to hopefully get an exemption from further vaccinations.