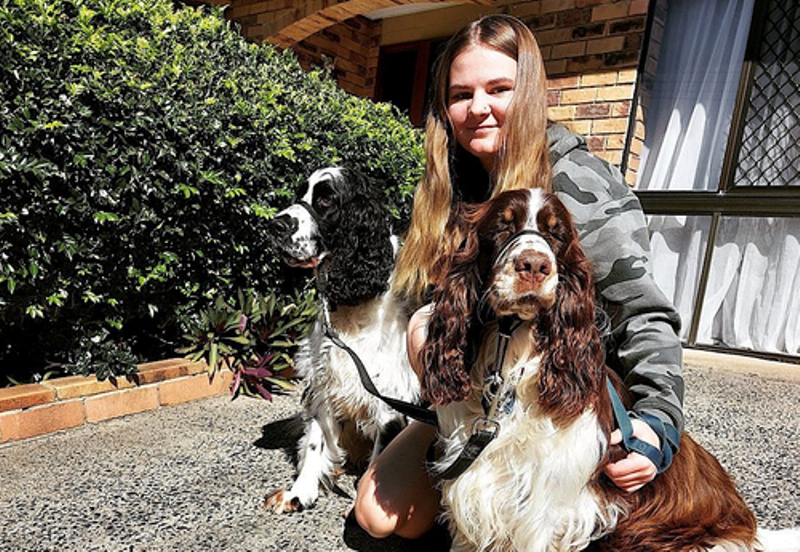 Three months ago, I was happy and heathy nineteen year old. I was exercising daily. I had just finished year twelve. It was time for me to start my apprenticeship that I had worked hard for. My name is Holly and this is what I’ve been through post-vaccine.

On November 27th 2021, I received my first Pfizer vaccine. I wasn’t about getting it but I didn’t want to lose my apprenticeship and I felt like it was the right thing to do. I had the common symptoms like a sore arm, a bit of a headache, and exhaustion. I was back to being my normal self within twenty-four hours.

Six days later, I began coughing and found it hard fro breathe. I went to the doctor at the respiratory clinic thinking it was asthma. He said that I wasn’t wheezing so it wasn’t asthma bit something was definitely up. He also said that there is a possibility it could be from the vaccine. I was then put on a waiting list for a chest x-ray as they had no available appointments.

On November 22nd 2021, I had my second Pfizer Vaccine. I had the same symptoms but worse. My body ached and I felt like I was getting a cold. This lasted for a couple of days. Two weeks after my second dose is when I started having chest pain and bad headaches. My couch improved but was still there. I was exhausted all the time. My chest as constantly sore. I felt like someone was squeezing it from the inside. My head was always throbbing and I had no energy to do anything.

Three weeks after second vaccine is when I had my first hospital visit. My grandmother picked me up early from work and we headed to the emergency room. I got into see someone pretty quickly and they did an ECG and checked my blood pressure. They said my heartbeat was irregular and it sounded like pericarditis. I then got sent back to the waiting room where eI waited for my chest x-ray. I was waiting for four hours before I finally got in. I then went back to the waiting room where eI sat for almost eighteen hours. I finally got to speak to a doctor and they said it was reflux and that my heart was fine. They sent me home with sonac.

On December 23rd 2021, I woke up with a horrific stabbing chest pain. My arms were really heavy and I was in a lot of pain. I called the ambulance. An hour had passed and they had still not arrived. After cancelling the ambulance as they said it would be another forty-five minute wait, my girlfriend drove me to emergency. I got another ECG and got sent back to the waiting room. MY blood pressure was also a bit high. After waiting for three hours, I got put in the short stay rooms where I got stronger pain medication while waiting to speak to a doctor. I was there for six hours before they sent me home and they said I had a stomach ulcer.

Over the next three to four weeks I began experiencing shooting body pains, weak and achy joints, dizziness, light headedness, a croaking voice, sore throat, memory loss, sleeping issues, breast pain, weight lost, no appetite, light sensitivity, and migraines. The GP gave me a referral for an echocardiogram, MRI, and CT scans. The tests came back saying I had severe reflux with acid in my lungs and two leaking heart valves. After having to fight the health clinic for my reports as we couldn’t get into see someone for month, I picked them up from the radiologist. I then went to another GP where I got referred to see a cardiologist and gastroenterologist.

On January 20th 2022, I had to leave work early as I was not great. I went back to the emergency room and waited another four hours until I got another ECG and again, got sent back to the waiting room. After waiting three and a half hours, they sent me home saying it was just severe reflux.

On February 2nd 2022, I had my gastroenterologist appointment. After cutting me off constantly and not listening, he turned around and said I was healthy. He also said: “I wouldn’t have sent you for all these tests.” After questioning him about the aspiration of tracer in my left lung, he said: “It’s nothing. The tests are dodgy.” He told me to stop all the testing and that overreacted when I called the ambulance. He also said that the cardiologist is just going to say the same as him. I also mentioned that I struggle to get through a whole shift at work because of the pain and he said: “You’re just going to have to do it.” The way he treated my grandmother and I was horrific and unprofessional.

At nineteen, I shouldn’t be the way I am. I should be able to exercise daily and get through work with no issues. The fact that I am being told one thing and then the other is so frustrating. I am not getting any answers or the help I need and it really hurts me. I should be able to trust the professionals but how am I supposed to after all this?

Every time I go to see a medical professional, I feel like I am being judged and not listened to. I thought I was doing the right thing by getting this vaccine but now I wonder if life would’ve been different if I hadn’t. I just want to be able to live my life and get back to what I was able to do two to three months ago. I have my cardiologist appointment on February 7th 2022. I don’t hold a lot of hope that I will get answers but I’ll have to wait and see.

I am sorry for anyone who is going through a similar situation and I hope you find answers soon if you haven’t already.