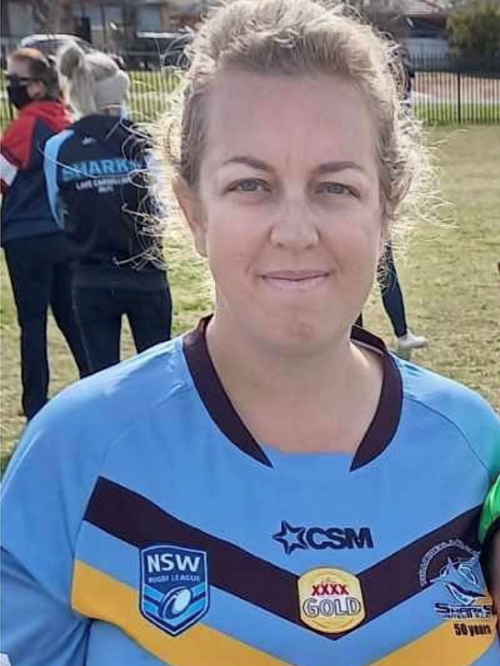 I was a healthy, active person playing netball and football. I’m a thirty-five year old mother of an eight year old so I’m always up and about and have never had any health issues prior to the vaccine.

My husband and I were skeptical of getting the vaccine but because of the mandates around me and how much it effected my usual life, not being able to take my son to swimming lessons or attend his end of year school presentation got to me. Basically, I just wanted to be there for my son.

On October 17th 2021, I got the Pfizer vaccine. I had a sore arm as usual for the day and didn’t get any symptoms for a week. I was just making lunch and I felt a sharp pain in my chest. I had a Panadol and nurofen laying around, which I took but the pain didn’t subside in the hour so I called my husband.

I started coming on very quickly from this point. I started experiencing tremors an seizure like episodes, which would last ten seconds at a time for three or four times, which from this day, I still have not been able to get on top of. Night time is the worst.

My husband took me up to the lake hospital where they did an ECG. It came back normal. I was then rushed off to Griffith hospital where they did an ultrasound. I was there overnight and told them I was having a reaction to the vaccine but they didn’t want to hear about it and they wouldn’t give me an ultrasound either. They gave men panadeine forte and nurofen and morp.art beat. I kept pleading with them to help me with the pain but they kept on responding that they were too busy. From what I could see, they didn’t look busy at all that night.

I was there twenty-four hours but they kicked me out still in pain the next day because they said they needed the bed. I went home and put up with the pain for ht next three days. I returned to my GP and she gave me a cardiologist to get an MRI on my brain. The MRI came back normal and the cardiologist told me I was making all this up and it’s just in my head even though I was telling him how much pain I was in. By the way, this was a nine out of ten pain.

I was starting to feel pretty defeated at this stage. I returned to my GP who I have to say was outstanding compared to all the other professionals and she referred me off to see a neurologist at the end of December 2021 but I’m still waiting to see the doctor to this day.

For the next month, I’ve had to put up with the sharp chest pain and shaking daily. I’m petrified not knowing where this is all leading to the point of facing my own mortality. I’m pretty much bed ridden for the entire time and my husband is left to do most things on his own.

I can’t do anything for longer than five minutes without needed to stop and catch my breath. I shake in my sleep and have constant headaches that make me feel like I’m dizzy drunk. I’ve been back to the hospital numerous times but no one will acknowledge me or help me figure out what’s going on.